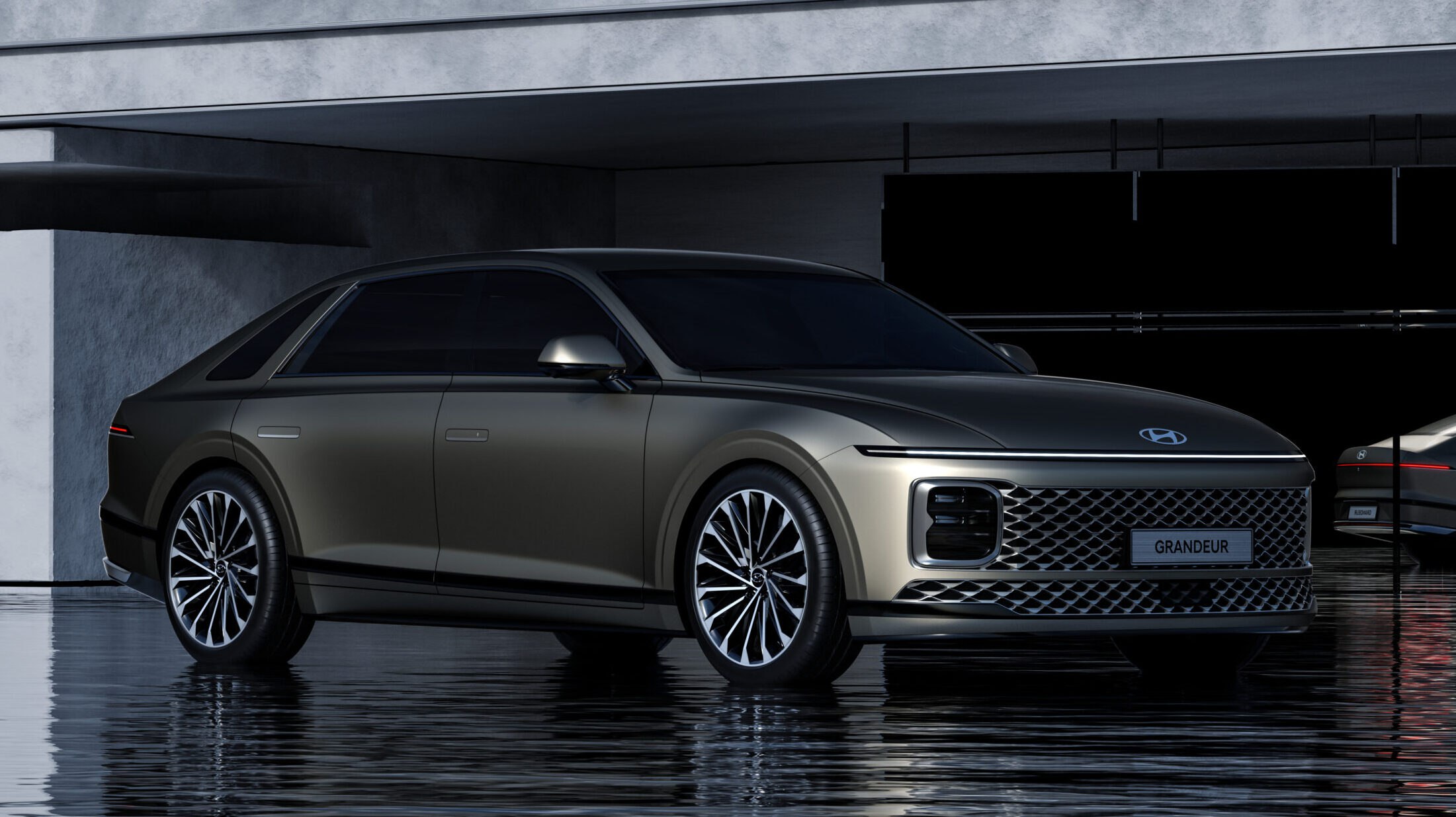 Hyundai has unveiled the seventh generation of the Hyundai Grandeur sedan, which will compete with the Kia K8. The flagship model received a completely new design.

The seventh generation Grandeur will arrive six years after the debut of the sixth generation model (October 2016). The new model is inspired by the original Grandeur (based on the Mitsubishi Debonair) released in 1986.

It has become larger and, accordingly, more spacious in the cabin than its predecessor. Exterior features include a thin LED strip headlight, a huge honeycomb-shaped grille and huge air intakes flanking it. The extended wheelbase, combined with the sloping front bonnet and C-pillar, create a feeling of spaciousness and at the same time give the vehicle a dynamic and sporty appearance.

The car received retractable door handles, as well as additional glass near the rear pillars, which is present on the first Grandeur.

“The seventh generation grandeur pays homage to wu’s past and at the same time embodies the desire to move forward. We are setting a new standard in the premium sedan market,” said Sang Yup Lee, Executive Vice President and Head of Hyundai Design Center.

The interior of the new Hyundai Grandeur uses only high-quality and environmentally friendly materials, including natural wood, aluminum and genuine Nappa leather. We should also mention the presence of decorative lighting, an interactive backlit display and wireless charging for mobile devices.

Specification details will be announced later.

As we have already reportedthe Hyundai plant in St. Petersburg (Hyundai Motor Manufacturing Rus), which has been idle for more than six months, has begun the conservation process.