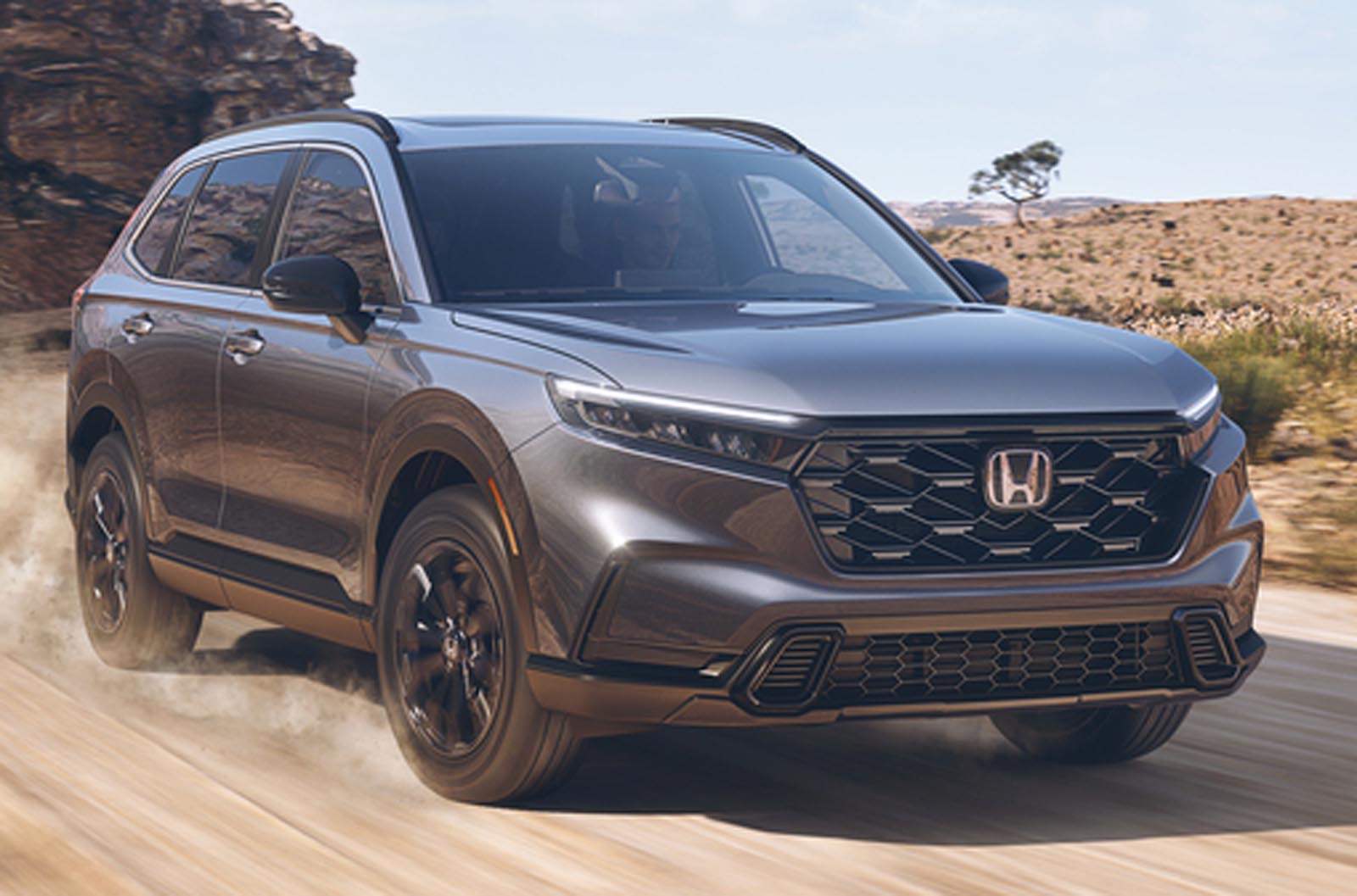 Honda introduced the sixth generation CR-V crossover, which has changed a lot inside and out, and also received improved equipment and new options.

The car received a new design in the style of the Honda Ridgeline and Passport TrailSport. In the cabin, the front armrest has expanded and lengthened, the transmission lever has gone down closer to the central tunnel, and the multimedia system display has moved higher. Also added is a new digital instrument panel, a different climate control unit, a new three-spoke steering wheel and new anatomically designed seats. The wide center console includes USB-A and USB-C connectors.

The torsional rigidity of the body has increased by 15%, and finer tuning of the chassis has improved the smoothness of the ride. Improved handling both in corners and on a straight line. The soundproofing has also improved.

The basic version is equipped with a 1.5-liter petrol turbo engine with 193 hp. and variator. It also offers a hybrid power plant with a 2.0-liter gasoline engine and two electric motors. The total output of the power plant is 207 hp. with 335 Nm of torque.

There is a proprietary all-wheel drive Real Time AWD, and now the electronics will be able to direct up to 50% of the thrust to the rear axle. A special electronic assistant appeared during the descent (speed selection from 3 to 19 km / h is available) and a special mode for driving in snow. There are four modes in total: Normal, Eco, Snow and Sport.

Prices will be announced closer to the start of sales, which is scheduled for late summer in the US.