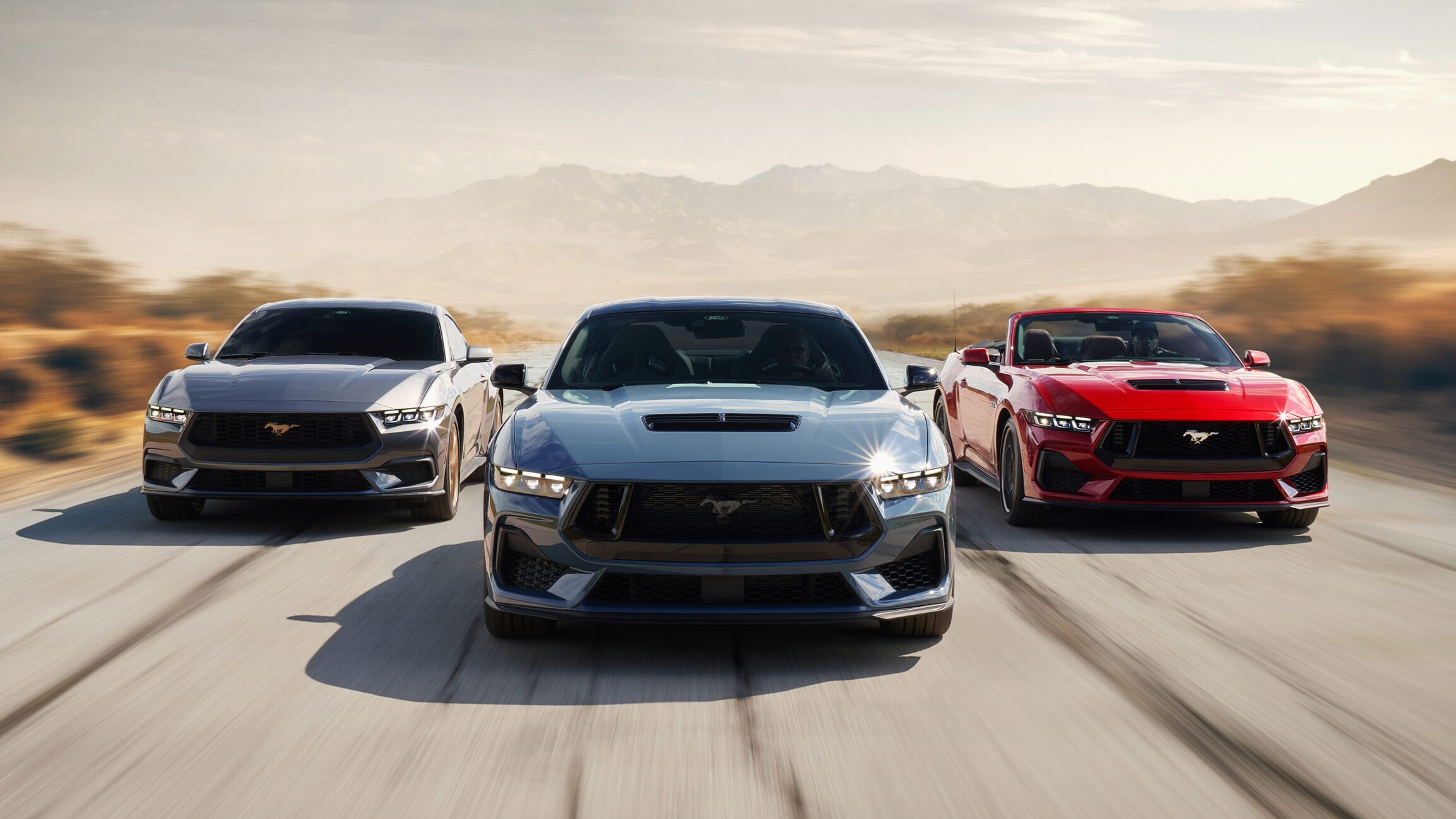 Ford has introduced the seventh generation Ford Mustang, which is the most powerful and technologically advanced in the series’ nearly 60-year history.

The seventh generation Ford Mustang is offered with a turbocharged 2.3-liter EcoBoost engine and a 5.0-liter Coyote V8 for the GT version. The car retained both the six-speed “mechanics” and the ten-speed “automatic”. The car has only rear wheel drive. As previously reported, the new Ford Mustang is a classic rear-wheel drive coupe with an internal combustion engine. Hybrid and all-wheel drive are not provided. The new Ford Mustang has six driving modes, including sport, drag racing and track racing.

The new Ford Mustang will be available in coupe and convertible body styles. The design is even more modern, with slim LED headlights, dual air intakes in the front grille, as well as 19-inch multi-spoke alloy wheels and Brembo brakes.

The analog instrument cluster was replaced by a 12.4-inch digital instrument cluster. The center console houses a 13.2-inch Ford SYNC4 infotainment system. There is support for Apple CarPlay and Android Auto, as well as a 12-speaker audio system and a wireless smartphone charger.

Prices have not yet been announced, as well as engine power.