All cars will fail in front of Toyota Hyryder in mileage, strong hybrid engine will save fuel cost 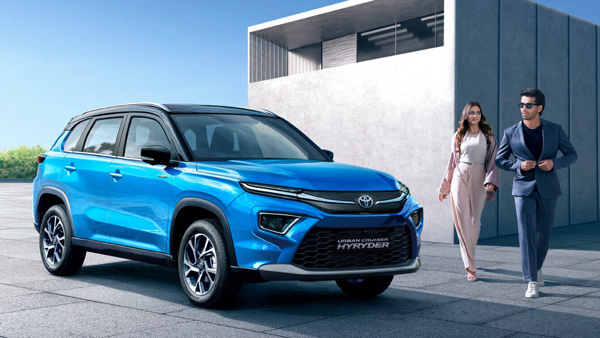 The Hirider will give a mileage of 28 kmpl

With the robust-hybrid technology, Toyota is claiming that the Hyryder will offer around 26-28kmpl on average. However, the figures claimed by ARAI are yet to be revealed, which are expected to come out soon.

The company claims that the Honda City Hybrid can give a mileage of 26.5 kmpl. If Toyota’s claims are around 26-28kmpl, the figure claimed by ARAI is likely to be higher than that of the sedan.

The Urban Cruiser hider also gets a 1.5-litre mild-hybrid petrol engine producing 103 Bhp of power, which is taken from the updated versions of the Brezza, XL6 and Ertiga. The mild-hybrid manual variant can be opted for with an AWD (all-wheel drive) drivetrain, which is a huge advantage and another segment-exclusive highlight.

Toyota Urban Cruiser Hyryder can be launched in India by the end of August. According to the information, its price is likely to start from around Rs 9.5 lakh (ex-showroom). The Hyryder will be Toyota’s first car in the compact SUV segment, which will take on the Hyundai Creta, Kia Seltos, Nissan Kicks, Skoda Kushaq, MG Astor and the Volkswagen Taigun.

How were Toyota sales?