Alarm bells will ring inside the car if the seat belt is not installed, cars will soon be equipped with new safety features 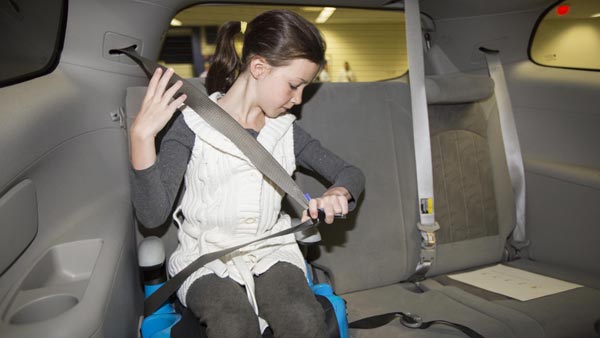 The Ministry of Road Transport and Highways has sought comments and suggestions from interested parties regarding introduction of additional safety measures in private passenger vehicles and taxis. Stakeholders have been given time till October 5 to submit their suggestions and complaints.

What are the new security features

The safety feature that the ministry has advocated in cars is a rear seat alarm system. If the person in the back seat of the car does not wear a seat belt, an alarm will sound while driving and warn the passenger to wear the seat belt. At present, this system is present in the car only for the front seated passengers.

It has been told that under this system, passengers will be warned to wear seat belt in two ways. The first will be a light on the dashboard which will light up as soon as the engine is started in case the seat belt is not fitted. At the same time, when the car starts moving, then the second system i.e. alarm will start sounding and this will sound the alarm to all the people sitting in the car including the driver. This alarm will go off automatically when the seat belt is placed.

There will also be an alarm for high speed

Apart from the seat belt alarm, now the alarm will sound even if the car is driven at high speed. At present, only a few premium cars come with the overspeed alarm feature. The ministry believes that this alarm system can reduce road accidents due to overspeeding.

Apart from this, a reverse parking alert system will be made mandatory in cars under Automotive Industry Standard-053 (AIS). After the amendment in AIS, the new rule will come into effect and car manufacturers will have to make the above changes in private car-taxi. In the amendment, provision is being made to do away with the rule of child lock in taxis.

The Ministry of Road Transport and Highways has recommended car companies to make rear seat airbags mandatory in budget vehicles as well. However, sources claim that the parties concerned are not ready for this. The stakeholders had written a letter on 15 September giving their feedback on the recommendation of the Ministry.

Stakeholders argue that doing so will drive up the cost of budget cars. The letter emphasizes on making the rear airbag optional. It is worth noting that in the last one year, the price of budget cars has gone up by Rs 1.5 lakh. In such a situation, providing additional airbags in these models will increase the prices, which may affect the sales.