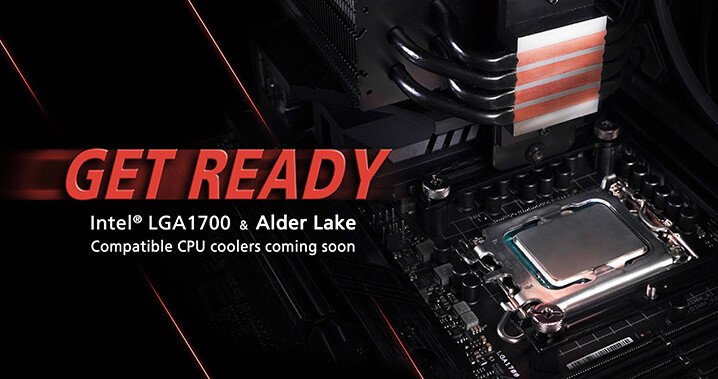 The 12th Gen Intel Core processors feature a hybrid design that includes high-performance cores and higher energy efficiency cores Due to the new size of these cores, the shape of the integrated heat spreader (IHS) has changed. It has the shape of a rectangle measuring 37.5 x 45 mm.

Installing LGA1200 processor coolers on newer processors may result in uneven pressure and uneven distribution of thermal paste due to the LGA1700’s more rectangular shape and lower processor height. In turn, this can lead to poor cooling. To eliminate the problem, according to Akasa, coolers designed specifically for the LGA1700 will allow. Akasa coolers designed for LGA1700 processors will have a different base and mount. In addition, the heatsink will be asymmetrical, allowing the use of high RAM modules.

Akasa also plans to release liquid cooling versions updated with the above in mind.