Ajay Devgan’s magic also failed in ‘Thank God’, the film’s earnings decreased so much on the second day! people sleeping in the theater 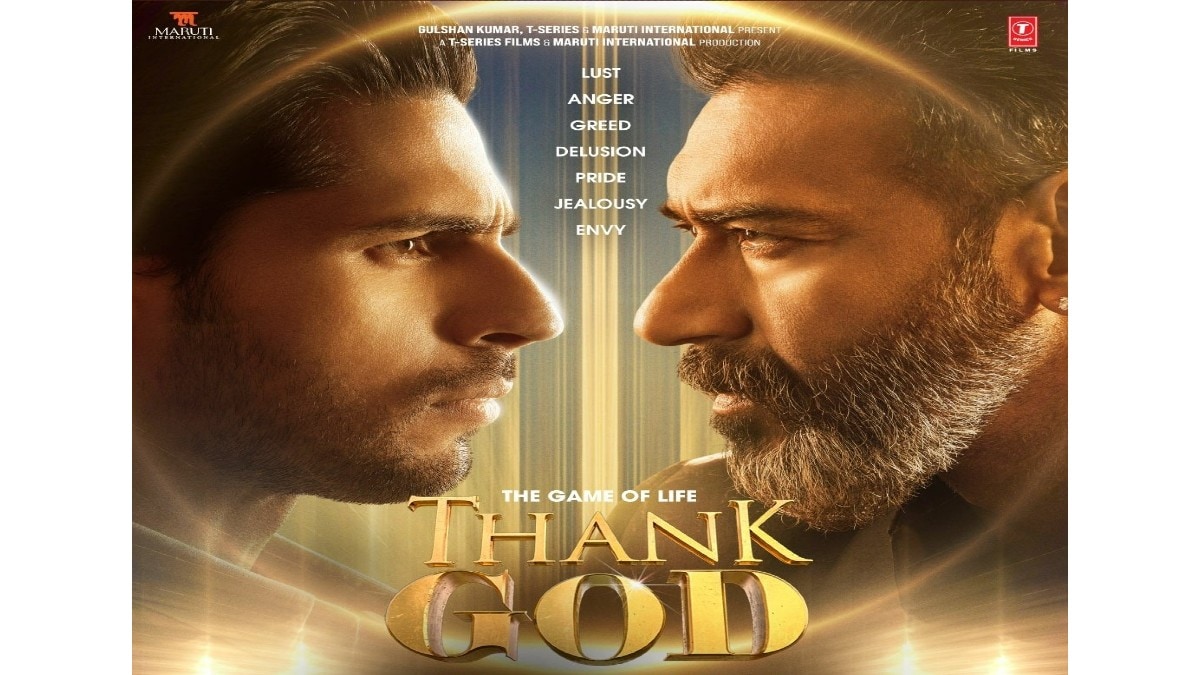 thank god The second day’s earnings of the film were reduced to just around Rs 6 crore. first day While it had earned Rs 8.10 crore, there was a drop of 25 to 30 per cent in collections on the second day. Comparatively, the collection of Akshay Kumar’s Ram Sethu also came down the same way but in terms of earnings, Akshay Kumar overshadowed Ajay Devgan. On the second day, Akshay’s film earned around Rs 6-8 crore more than Ajay Devgan’s film. Even after the release, there was a holiday for the festive season, but thank God did not get as much benefit from it as was expected. Critics also believe that despite having big stars, the film is not able to do any wonders.

The two-day total collection of the film Thank God has become close to 14 crores. There is no hope of doing anything amazing for the film even on the third day. Although the film has got very good reviews from the critics, but the public’s love is not getting much. The trailer of the film also got a good response. Apart from Ajay Devgan, the film also stars Siddharth Malhotra and Rakulpreet Singh. The film also has an item song by Nora Fatehi which was well received by the audience and the song went on everyone’s tongue. Despite this, the film could not become a hit. On Twitter, a user named Sumit Prajapati has shared a video inside the theater in which people are seen sleeping.
thank god movie story
Thank God is a family drama film starring Ajay Devgn and Sidharth Malhotra in lead roles. Siddharth’s character is that of Ayan, a businessman who is very much in love with money. Then something happens that Ayan’s business comes to a standstill and he becomes heavily indebted. He even comes to the point of selling his house. Meanwhile, Ayan meets with an accident and finds himself in Yamlok. Here he meets Chitragupta. When he cannot believe his eyes, Ajay Devgan says that it has to be seen in Doordarshan in the era of Amazon Prime. The film moves forward with some such tickling dialogues. Will Ayan be able to complete the task given by Chitragupta amidst the game of life and death, that is the story of the film. Talk about the cost of Thank God, this film is made in a budget of 70 crores.