Ajay Devgan’s ‘Drishyam 2’ made a record before its release, advance booking of so many crores! 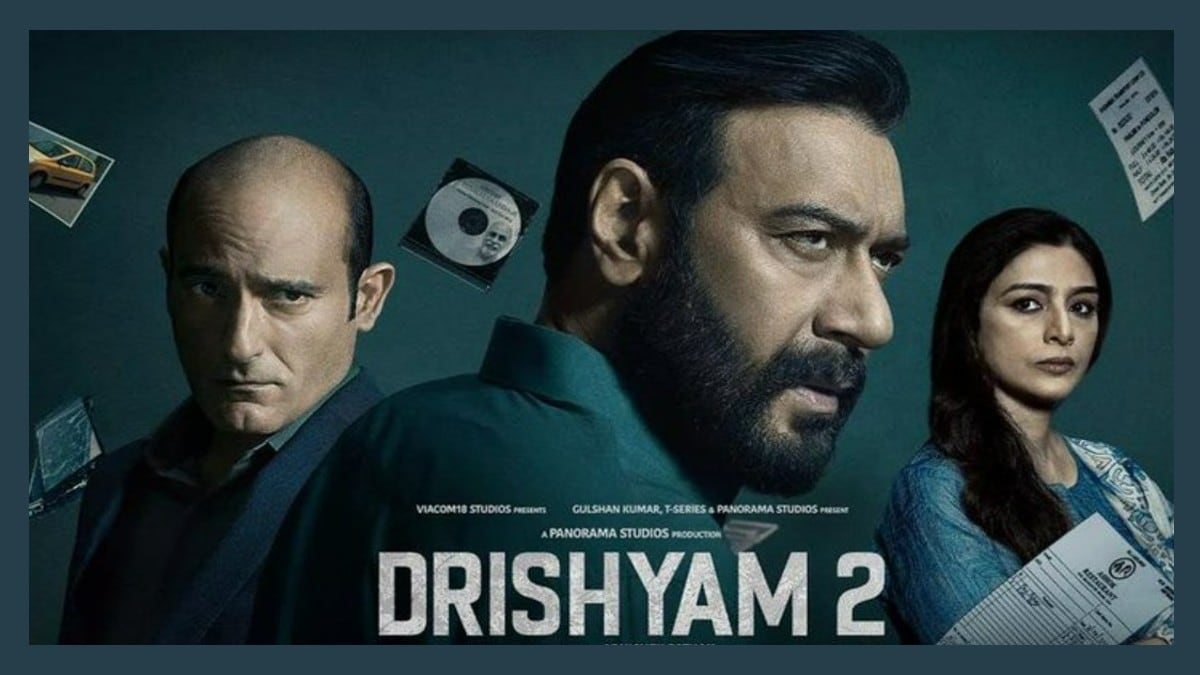 Now only a few hours are left for the release of ‘Drishyam 2’ film. The audience is eagerly waiting for this film. Adorned with stars like Ajay Devgan, Tabu and Shriya Saran, this film is going to be released in theaters tomorrow i.e. on 18th November. But even before its release, the film has started making records in terms of earnings. Advance booking of the film is witnessing tremendous heat and thousands of tickets have been booked for it. The film has earned crores even before its release. Let us tell you that Drishyam 2 has made a big dent in the box office collection before its release.

Ajay Devgan’s Drishyam 2 is going to release on Friday, 18 November 2022. The film has earned a record in advance booking even before its release. Box Office India for its advance booking statistics have been issued. According to which, the film is getting tremendous response from the audience for advance booking. The craze of people to watch this suspense thriller can be gauged from the fact that the film has so far earned over Rs 4.5 crore through advance bookings. According to the report, more jump can be seen in this collection of the film before its release i.e. on Thursday. of film title song Already hit. Recently a song ‘Sahi-Galat’ from the film has also been released, which has been liked by the audience.

Drishyam 2 Advance tickets of the film have been sold in thousands. The advance booking of the film in the Hindi belt is said to be very good. Whereas, it is a bit slow in Gujarat and Maharashtra. But today it is expected to increase further. Ajay Devgan has shared a post on his social media handle in which he is seen arriving for the premiere of the film in a theatre. Seeing the enthusiasm on the faces of the audience here, it can be guessed that this time also Ajay Devgan seems to be successful in making the film sit in the minds of the people to the same extent.
Earlier Ajay Devgan was seen in the film ‘Thank God’. The film proved cold at the box office. Siddharth Malhotra was also with him in this. Along with this film, Akshay Kumar’s film ‘Ramsetu’ was also released, which did decent business at the box office. Apart from this, many films of Ajay Devgan are currently in the line which are going to be released back to back. These include projects like ‘Maidan’, ‘Bhola’, ‘Golmaal 5’, ‘Sade Saati’. For the time being, it has to be seen whether Drishyam 2, which is going to release tomorrow, can do something amazing at the box office or not. Because the audience as well as actor Ajay Devgan can have high expectations from this film.