Airplane turbulence will increase even more in the coming decades, know what is the reason 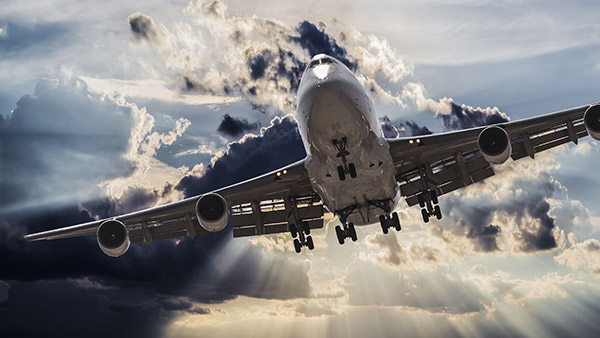 Why does airplane turbulence happen?

Turbulence occurs in the airplane when two air bodies moving at high speed in opposite direction collide and the plane passes through that space. Usually, the plane shakes a bit and in such a situation it is advisable to wear a seat belt, but sometimes turbulence takes a catastrophic form and in such a situation, passengers get hurt and have to suffer many types of major damages.

Paul Williams, Professor of Atmospheric Science at the University of Reading in the UK, has pointed out that there is also a scale to measure the strength of turbulence. If there is slight turbulence you will feel it a bit but food service may continue. If there is a slight excess turbulence after that, there will be tension against your seat belt, anything that is not secure will disintegrate, causing difficulty in walking, which is why flight attendants are usually advised to sit in their seats.

The biggest bad turbulence is the big turbulence, it is more powerful than gravity. It will push you on the opposite side of the seat and you will be tossed around in the cabin if you are not wearing a seat belt. This type of turbulence leads to major incidents, usually during such turbulence it is normal to break the bone.

Professor Williams believes that climate change is also changing the turbulence. He said that we did some calculations on the computer and found that the large turbulence could double or triple in the coming decades. Professor Williams drew attention to another type of turbulence, which is “clear air turbulence”.

Unlike turbulence caused by clouds or storms, this turbulence comes on suddenly and is difficult to avoid. Clear air turbulence will grow rapidly around the world by the year 2050 – 2080. However, this does not mean that traveling by air will become unsafe. He said that only the average time of turbulence is going to increase.

Professor Williams said, “Typically on a transatlantic flight you would expect 10 minutes of turbulence. But in the coming decades this is going to increase to 20 minutes or half an hour. So the seat belt sign will be on for a longer period of time.” So always wearing your seat belt is the only way to avoid turbulence.”