Airlines want to bring back passengers banned over masks 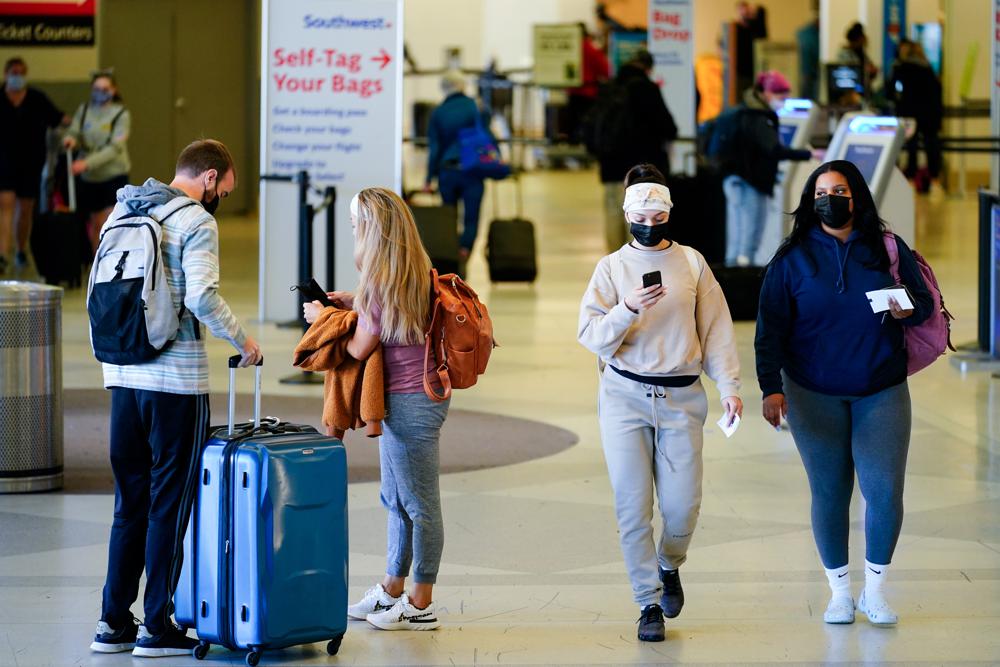 DALLAS (AP) — Remember all those thousands of passengers that airlines banned for not wearing face masks? Now the airlines want them back — or at least, most of them.

And leaders of unions that represent flight attendants are reacting with outrage.

American, United and Delta all indicated Thursday that they will lift the bans they imposed now that masks are optional on flights.

“We have talked to them individually,” United CEO Scott Kirby told NBC. “Many of them assure us that now that the mask mandate is off, everything is going to be fine, and I trust that the vast majority of them will.”

American Airlines Chief Government Affairs Officer Nate Gatten told reporters that “in most cases,” people who were banned over masks will be allowed back, but that won’t extend to the worst offenders.

“In cases where an incident may have started with face mask non-compliance and escalated into anything involving something more serious — certainly an assault on one of our team members or customers — those passengers … will never be allowed to travel with us again,” Gatten said.

“Any further disregard for the policies that keep us all safe will result in placement on Delta’s permanent no-fly list,” he said.

Alaska Airlines said this week that banned passengers won’t be welcomed back. Southwest said a judge’s ruling that struck down the federal mandate won’t change its decision to bar an undisclosed number of passengers.

The leaders of two unions that represent flight attendants and other airline workers slammed the airlines that are moving to bring back banned passengers.

“The timing of this is outrageous,” said Sara Nelson, president of the Association of Flight Attendants. “The federal mask mandate has been lifted, but the pandemic is not over.”

Nelson said airlines “need to slow down and consider all potential consequences of any policy changes,” and that no banned passengers should be allowed back until unions and public health officials weigh in.

The president of the Transport Workers Union, which represents workers across the airline industry, including flight attendants at Southwest, also complained that the carriers did not consult the union or provide a plan for protecting crew members. John Samuelsen said the situation underscored the need for federal legislation that would create a new no-fly list to prevent passengers barred by one airline from flying on another.

That idea has been promoted most notably by Delta and its CEO, Ed Bastian, but it has failed to gain traction in Congress. The legislation doesn’t spell out what offenses would land flyers on the list, or how they would petition to be removed from it. Critics say people could be denied the ability to travel without due process to protect their rights.

Airlines have reported more than 7,000 incidents of disruptive passengers to the Federal Aviation Administration since the start of 2021, when unruliness aboard planes seemed to take off. More than two-thirds of those cases involved passengers who refused to wear a mask.

Delta has banned about 2,000 passengers; Alaska more than 1,700; and United about 1,000. American and Southwest have never disclosed numbers.

There have been enough twists this week in the mask-mandate story to make even a seasoned flyer a bit airsick. On Monday, a federal judge in Florida struck down the mandate, which dated to February 2021 and also covered public transportation including trains, subways and buses. She said the Centers for Disease Control and Prevention didn’t follow proper rule-making procedures.

Within hours, most airlines rushed to make masks optional. When the Transportation Security Administration announced a few hours later that it wouldn’t enforce the rule, many — but not all — airports and public transit systems also made masks voluntary.

Late Wednesday, the Justice Department announced that it will appeal the Florida judge’s ruling. However, the Biden administration did not indicate whether it plans to seek an immediate stay of the ruling — which could allow the TSA to resume enforcing the mask rule.

In the meantime, the FAA’s acting administrator, Billy Nolen, said the agency is making its zero-tolerance policy against unruly passengers permanent. Under the policy, the FAA can seek fines without first issuing warnings to disruptive passengers.

Reaction has been mixed to the end of the mask mandate. On Monday, many passengers cheered when told in mid-flight that they could remove their masks. Other people took to social media to say they didn’t want to fly if other passengers were unmasked.

United’s Kirby and American’s chief commercial officer, Vasu Raja, said they have seen no indication yet that the demise of the rule is affecting ticket sales one way or the other.

Airline officials believe that any increase in customers happy over not needing a mask will be offset by people who choose not to fly because other passengers won’t be masked.

With the rule gone for now, airlines are training their lobbying efforts on eliminating the requirement that international travelers pass a COVID-19 test within a day before boarding a flight to the U.S. Airline officials believe that rule is making Americans hesitate to book international travel because they could be stranded away from home if they contract the virus on their trip.