AI based laser system will prevent birds from hitting the plane, Chinese scientists have prepared a new device 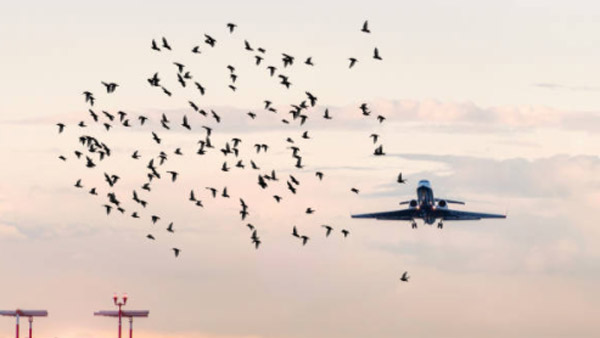 Many flights have been canceled in recent days due to birds colliding with aircraft and many took off late. On one hand, airline companies have to suffer due to flight cancellation, while passengers also have to face trouble.

To tackle this problem, scientists in China have found an effective solution using a laser-based AI-powered bird repelling system. Based on the report from Simple Flying, a study by Professor Zhao Fan and colleagues at Xi’an University of Technology was published in April in the peer-reviewed journal Laser and Optoelectronics Progress.

This team has designed a robotic system that uses four main tools. The onboard robotic system is fully automated and includes a camera for bird detection, a tracking video processing module, a laser emitter and a beam module.

Birds will run away from laser

Simply put, this one technique uses lasers to make birds run away. It is a kind of heated laser technology that keeps birds away from the air space without harming them. The AI-guided camera installed in the aircraft is capable of accurately detecting flying birds in the air. As soon as the birds approach the plane, its laser is activated and emits a hot beam that scares the birds away.

According to on-site tests, the bird-repelling system can be effectively employed on birds flying at a distance of at least 1,000 meters. However, this technique has some advantages as well as disadvantages.

Laser danger to the pilot

Despite the encouraging results of AI-powered laser systems in keeping birds away from airspace, some civil aviation experts have highlighted safety concerns about the device. They believe that laser beams are not lethal to birds, but they can still endanger pilots’ vision.

Experts said the use of laser beams is likely to cause transient blindness, disorientation and even permanent damage to their eyes for pilots. If this laser system does not work accurately, it can cause damage to other airplanes.