Ahead of the launch, Mahindra showed a glimpse of the XUV400 electric SUV, the curtain would be up on September 8 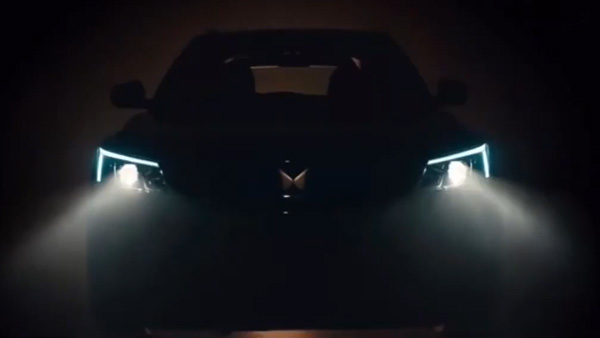 The teaser shows Mahindra SUV 400 in Electric Blue colour. The SUV has a solid grille in the front, while Mahindra’s Twin Peaks logo has been given in the middle of the grille, which is in the bronze shade. The SUV gets LED projector headlamps along with integrated LED DRLs which are in the shape of ‘L’. According to the information, the front design of this SUV is similar to the XUV300.

Some details of the Mahindra XUV 400 range and features have also been revealed. It is being said that like the XUV 300, the XUV 400 will also be equipped with many segment first features. The length of the XUV 400 EV will be 4.2 meters, due to which its cabin will be more spacious and it will also get more legroom and luggage space for the passengers.

If reports are to be believed, an 8-inch infotainment display can be given in the XUV400. Apart from this, this car can also be equipped with Advanced Driver Assistance System (ADAS). Currently, ADAS is not being offered in any electric car sold in India. The Mahindra XUV400 will primarily challenge the Tata Nexon EV Max, so it could have a range of around 350-400 km.

It is expected that the Mahindra XUV400 electric SUV will be offered in the price range of Rs 15-20 lakh. With its segment-first features, the XUV400 can give tough competition to the Nexon EV Max and MG ZS EV. Tata Nexon EV Max is available at an ex-showroom price of Rs 18.34 Lakh and MG ZS EV at Rs 22 Lakh.

Mahindra launched the new Scorpio Classic in August 2022. The updated SUV gets a restyled front bumper, Mahindra’s ‘Twin-Peaks’ logo and new LED DRLs. The new SUV has been introduced in three seating options, with two options in the 7-seater and one option in the 9-seater.

Mahindra had announced an investment of Rs 3,000 crore in 2021 for the next three years in its electric vehicle business. The company was working on developing an EV platform combining the capabilities of its operations around the world, including in Detroit and Italy. The company has set a target of rolling out 5,00,000 electric vehicles on Indian roads by 2025.