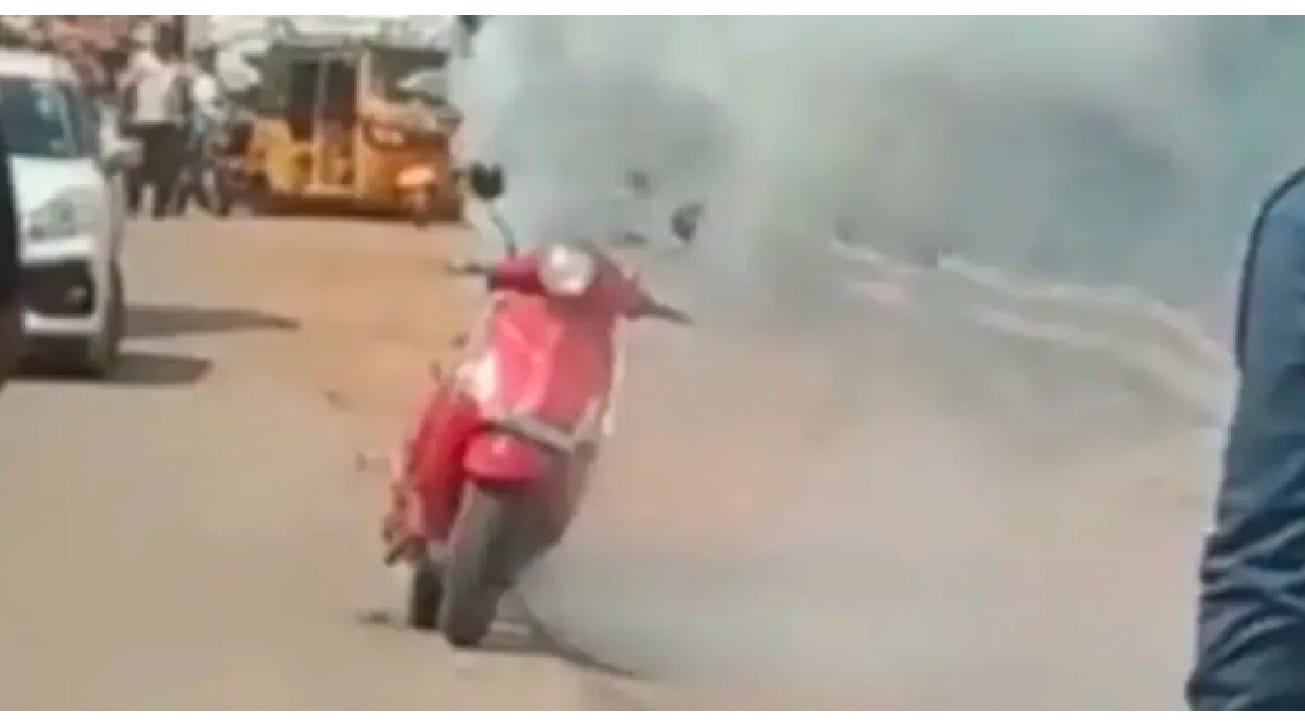 In a new video uploaded on YouTube, an electric scooter of the brand can be seen catching fire. In the video, dark white smoke is seen rising from the electric scooter parked on the side of the road. Cars are passing around. The 26 second video is enough to tell what would have happened to the electric scooter. Seeing the video, it can be guessed that the smoke must have come out of the battery of the scooter and it engulfed the entire vehicle.

your official Statement Pure EV in the US has said that we are investigating the incident and will do a thorough evaluation. We adhere to high standards of safety through rigorous internal testing. Along with this, special materials are going to be installed in the battery pack to avoid situations like fire / explosion.

The incidents of fire in electric vehicles have also increased the concern of the government. The Road Transport Ministry has asked the Center for Fire Explosive and Environment Safety (CFEES) to investigate the two cases at the Defense Laboratory of DRDO. One of these cases is of Ola’s electric scooter. Giridhar Armane, Secretary, Ministry of Road Transport, told a news agency that if the causes of damage are not addressed early, it may spread fear to affect the EV industry. He said that the purpose of the investigation is to bring out the truth.

However, this is not the first such incident. In September last year, two scooters of Pure EV also caught fire. After this, there was news of a fire in Okinawa’s electric scooter in October. In December too, a scooter of HCD India caught fire, killing a 60-year-old man.