After Kissflow, Ideas2IT has gifted around 15 crore cars to 100 employees 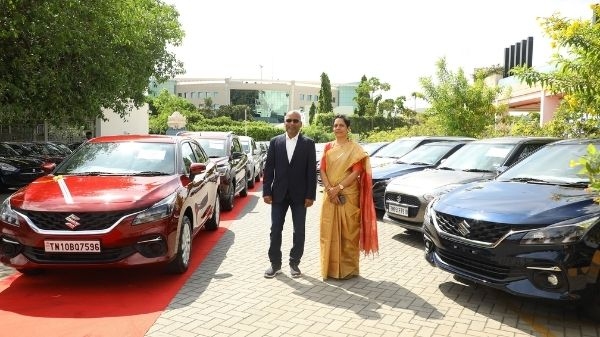 These days, IT companies in Chennai, the capital of Tamil Nadu, have started a new trend, and not even a small fat one, but to gift cars worth crores of rupees to their employees. After Kissflow, a Chennai based computer software company, Ideas2IT, a Chennai based IT company has gifted Maruti Suzuki cars to its 100 employees for their continuous support and outstanding contribution to the company’s success and growth.

Yes, Ideas2IT, an IT firm, has gifted Maruti Suzuki cars to its 100 most loyal and hardworking employees, with a total cost of around Rs 15 crore.

what the company said

Hari Subramaniam, Marketing Head, Ideas2IT Company, while talking to the media said, “We are gifting 100 cars to our 100 employees, who have been a part of us for more than 10 years. We have a strength of 500 employees. Our concept is to return the money received to the employees.”

At the same time, Murli Vivekanandan, Founder and President of Ideas2IT, also said that the employees have made very hard efforts to improve the company and the company is not giving them the car, rather they have earned it through their hard work, What they are getting.”

Vivekanandan further said that the growth of the company has happened only because of these employees. He also said that Ideas2IT is working on launching more such initiatives in the near future.

In the past, 5 BMW cars were gifted by Kissflow

It may be mentioned that a few days ago, another Chennai-based computer software company Kissflow also gifted luxury BMW cars worth Rs 1 crore each to its five senior employees. And now after Kissflow, Ideas2IT has also taken this step and appreciating its employees, has gifted vehicles worth about Rs 15 crore.