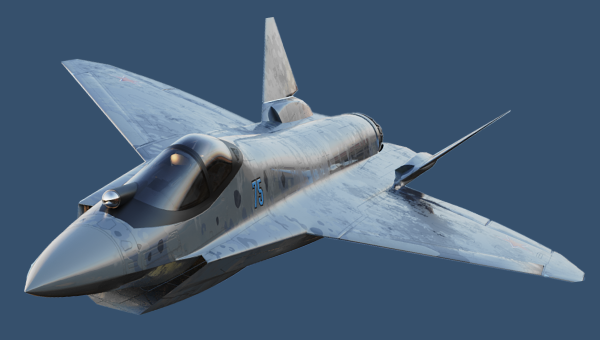 Roselectronics holding, which is part of Rostec, announced that the promising Russian single-engine fighter Checkmate will receive a communication system from the fifth-generation Su-57 fighter.

Su-57 – Russian fifth-generation multifunctional fighter, analogue (not direct) troubled American F-35 and Chinese J-20 fighter. The Su-57 has a supersonic cruising speed, internal armament, radar-absorbing coating, as well as the latest set of onboard equipment. By the end of 2024, the Russian Aerospace Forces will receive 22 Su-57s, and by 2028 their number will be increased to 76 units. The first fighter entered the troops in 2020.

The Checkmate light tactical aircraft developed by Sukhoi (part of the United Aircraft Corporation) was first presented at the MAKS-2021 air show. Checkmate includes all the most advanced developments, including artificial intelligence technologies. The aircraft is made using stealth technologies, equipped with an intra-fuselage compartment for air-to-air and air-to-surface weapons. Checkmate will be able to simultaneously hit up to six targets. Its speed will be Mach 1.8, and the combat radius will be 3 thousand kilometers.