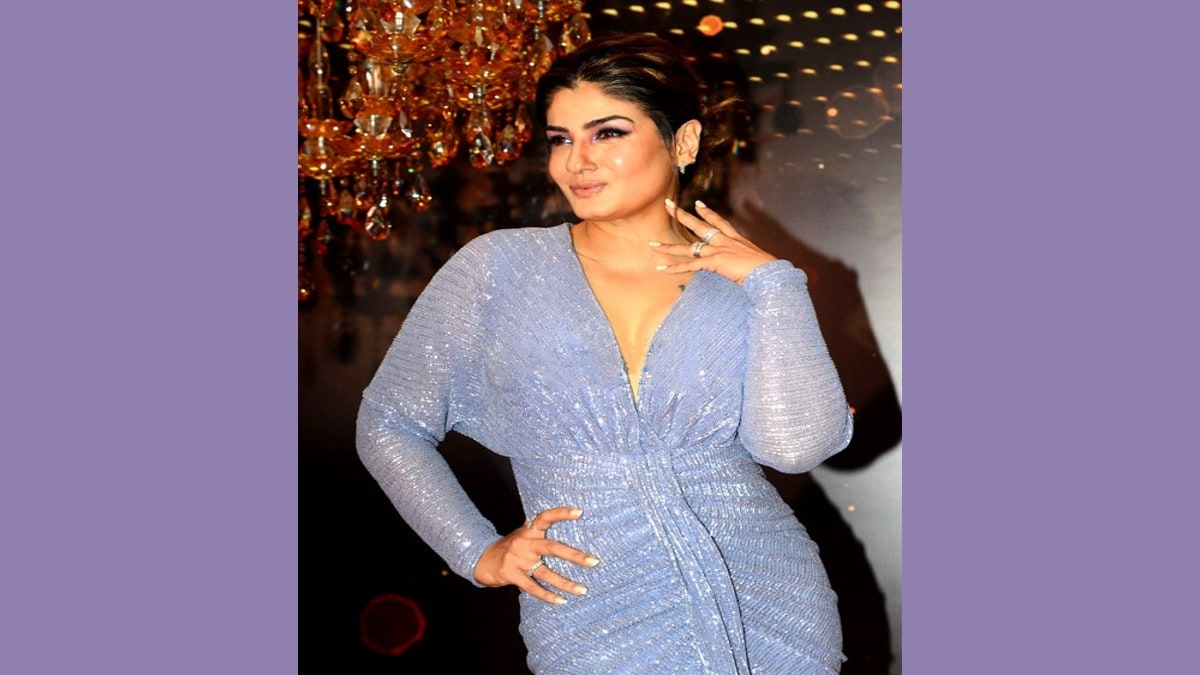 Bollywood actress Raveen Tandon, who is also known as ‘Mast Mast’ girl, is in trouble. Raveena recently went for a safari in the Satpura Tiger Reserve in Madhya Pradesh. There she tried to take a photo of a tiger and make a video and because of this she has come into controversy. An inquiry has been ordered against the actress. Raveena recently also shared videos of her trip on her social media handle. It is said that Raveena is very fond of watching wild life, now due to this hobby she seems to be in trouble, let’s know what is the whole matter.

Raveena Tandon recently went on a trip to Bhopal in Madhya Pradesh. From there she posted many posts on social media in which she was seen enjoying local food. Along with this, Raveena Tandon also went to Satpura Tiger Reserve. During the safari in the reserve, a tiger came very close to Raveena and she started shooting the video of that tiger. Although Raveena was riding in the jeep. It is being said that Tiger came very close to Raveena and even growled at her. Raveena posted many videos of this on social media. Questions started arising on the video that after all, who allowed Raveena to make a video from so close to Tiger?

Let us tell you that the management in the reserve park maintains some rules, according to which tourists cannot go too close to wild animals, a certain distance has to be maintained from them. In such a situation, Raveena’s going so close to Tiger becomes a case of violating the rules. In view of this, the process of investigation against Raveena has also been started by the RBI. According to media reports, Reserve officials say that the process of investigation has been started in this matter. At the same time, Raveena has also come in a fighting mood for this matter. Many people have supported her on Twitter and said that she cannot break any rule like this.
Raveena can be questioned in case of getting too close to Tiger. Also, officials say that the guide and the driver of the jeep accompanying them will also be questioned. In this case, the matter of sending notice to the jeep driver and guide is also coming to the fore. At the same time, Raveena has also given her clarification in this matter. Raveena says that Tiger came very close to her. But he just kept looking at her silently. He didn’t do anything else. There he has done everything by staying within the limits.

On the other hand, the management says that in the video, she is seen shooting the video from very close to the tiger, so any untoward incident could have happened there. Wild animals like tigers, panthers etc. can get distracted by the approaching of a vehicle like gypsy etc. and can also make a fatal attack. In such a situation, such negligence cannot be expected. There is also a rule to keep wild animals at a distance of 20 meters from tourists. The Satpura Tiger Reserve is located in the Narmadapuram district of Madhya Pradesh.