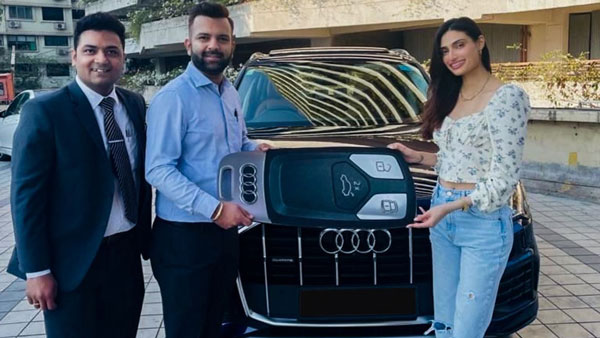 The 2022 Audi Q7 is powered by a 3.0-litre TFSI, V6 petrol engine that churns out 335 Bhp of power and 500 Nm of peak torque. The engine is mated to an 8-speed Tiptronic gearbox and quattro AWD system. Like the new Q5, the Q7 gets a mild-hybrid system, consisting of a 48-volt electric motor powered by a lithium-ion battery and a Belt Alternator Starter (BAS).

The SUV can accelerate from 0-100 kmph in less than 5.9 seconds. In the market, the new Audi Q7 competes with Mercedes-Benz GLS, BMW X7, Volvo XC90 and Land Rover Discovery.

The new Audi Q7 facelift is quite different from the pre-facelift model in terms of looks. The new model sports a more muscular look rather than a business class appeal. It gets a large front grille with wide chrome slats, which makes the SUV look bolder from the front. It gets full-LED headlights and taillights. Apart from this, it also gets the option of HD Matrix LED technology with Audi laser light. The SUV also gets a bigger air intake grille, new alloy wheels, new sleek LED taillights and sharp bumpers.

On the inside too, the new Audi Q7 facelift has been given a lot of updates as compared to its predecessor. Its cabin is inspired by the cabin of the Audi Q8. It gets two new large touchscreens, system LTE Advanced Connectivity, Wi-Fi Hotspot, Natural Voice Control, and an extensive Audi Connect portfolio. The SUV also gets a new steering wheel and premium upholstery along with a host of other comfortable features.

Audi India said that Audi India’s product portfolio in the EV segment is “strong enough to meet the needs of the customers for years to come and the network is capable of meeting our needs today”.