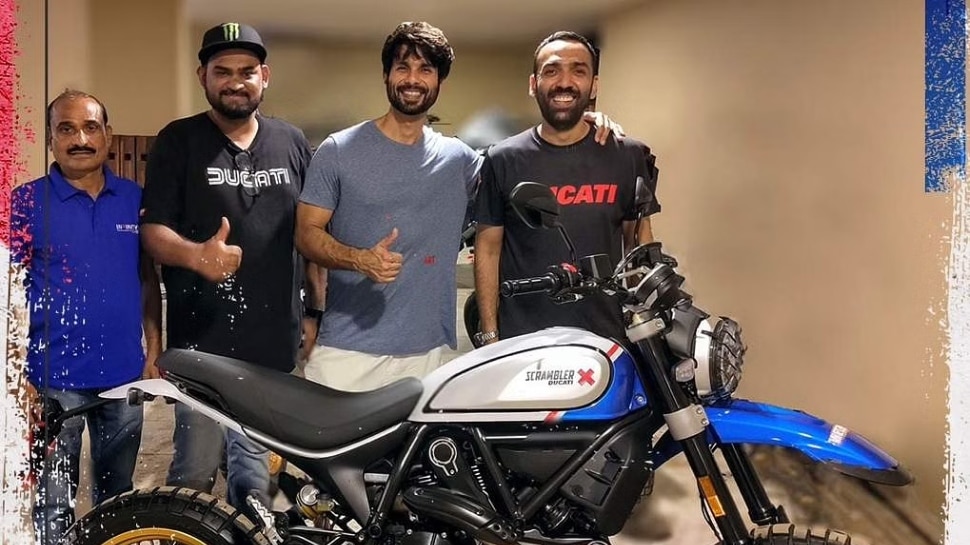 Shahid Kapoor New Bike: Shahid Kapoor has a huge collection of expensive bikes. Recently he has bought a new bike. This bike comes with a powerful engine and is made to ride on rough roads.

Shahid Kapoor new Ducati bike: Actor Shahid Kapoor loves bike riding as much as he loves films and acting. Shahid Kapoor has a huge collection of expensive bikes. He has often been seen riding bikes. Recently he has bought a new bike. This bike comes with a powerful engine and is made to ride on rough roads. This bike of Shahid Kapoor belongs to Ducati company. He bought a Ducati Scrambler Desert Sled bike. The price of this bike is Rs 12 lakh, which on-road costs around Rs 14 lakh. He himself shared the picture of the bike on Instagram.

Shahid Kapoor has bought the new Ducati Desert Sled in Blue and White color options. In the picture he posted, he is sitting on a bike and he is also wearing riding gears. From this it can be guessed that he will be going to rotate the bike. The company launched this series bike in 2020. The Desert Sled is designed to pay homage to the enduro bikes of the 1980s.

The Ducati Scrambler Desert Slade is powered by an 803 cc twin-cylinder, air-cooled engine, this engine generates maximum power of 73bhp at 8,250rpm and peak torque of 66.2Nm at 5,750rpm. The Ducati Scrambler Desert Sled gets anti-locking braking system with both front and rear disc brakes. The weight of this scrambler desert sled bike is 209 kg and its fuel tank is 13.5 liters.