Actor Prakash Raj was seen riding the Land Rover Defender 110, got the wrap done in the new shed 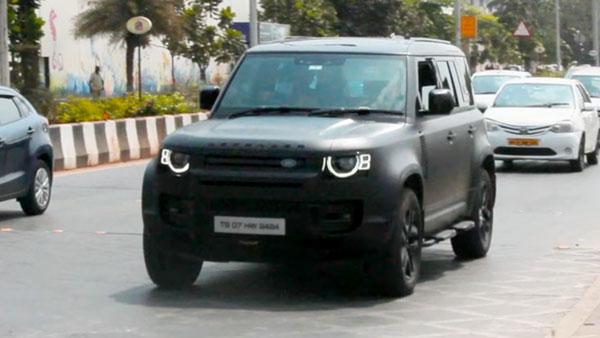 It is being told that he has been seen in this car in Mumbai. Looks like Prakash Raj and his team were visiting the city. The special thing is that this car is registered in the state of Telangana, where Prakash Raj lives. This Land Rover Defender is finished in matte black shade.

It is worth noting that this color shade is not the official color of the company. It is believed that Prakash Raj has wrapped his Land Rover Defender in a matte black finish to give it a unique look and it looks very aggressive with this colour.

During the ride, Prakash Raj was also seen in the co-driver seat of the vehicle. It is being told that this is not a brand new Land Rover Defender. Prakash Raj bought this car last year and got this car wrapped soon after. One thing to note is that it is not illegal to wrap cars in India.