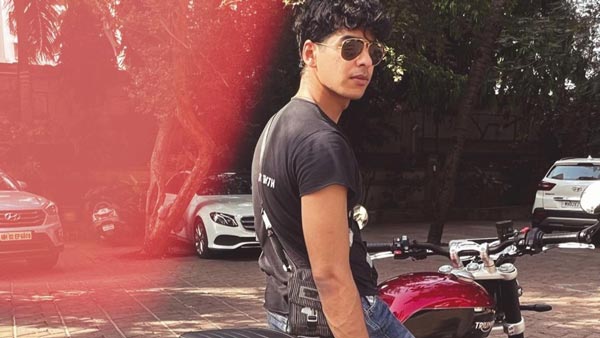 The company is selling this motorcycle at a price of Rs 11 lakh (ex-showroom) and its on-road price goes up to Rs 13 lakh. The bike that Ishaan has bought is in Red Hopper color option, apart from this bike It is also sold in Jet Black and Matt Storm Gray color options.

For information, let us tell you that Bollywood actor Shahid Kapoor is the brother of Ishaan Khattar and he has gifted a helmet to Ishaan. Triumph India launched an updated version of Speed ​​Twin last year. This bike was launched after the implementation of BS6 emission norms.

The price of this motorcycle was also increased after the company gave the BS6 update. Apart from the BS6 update, most of its components were kept as before, so it was offered with the same frame, feature equipment and electronics package as before.

The motorcycle comes with three riding modes – Rain, Road and Sport and also gets traction control and anti-lock braking system. The frame used in this is the double cradle unit of the old model, which has been taken from Triumph Thruxton.

There are 43 mm Marzocchi inverted front forks up front and pre-load adjustable shock absorbers at the rear. For braking duty, 320 mm dual disc brake has been given at the front and 220 mm single disc brake at the rear. Apart from this, Triumph has also updated the tires of this bike.

The power output of the engine has increased by 3 bhp and though there has been no change in the torque output, the torque now comes first at 500 rpm and is evenly spread. The company has paired a 6-speed gearbox with this engine, which comes with slip and assist clutch.