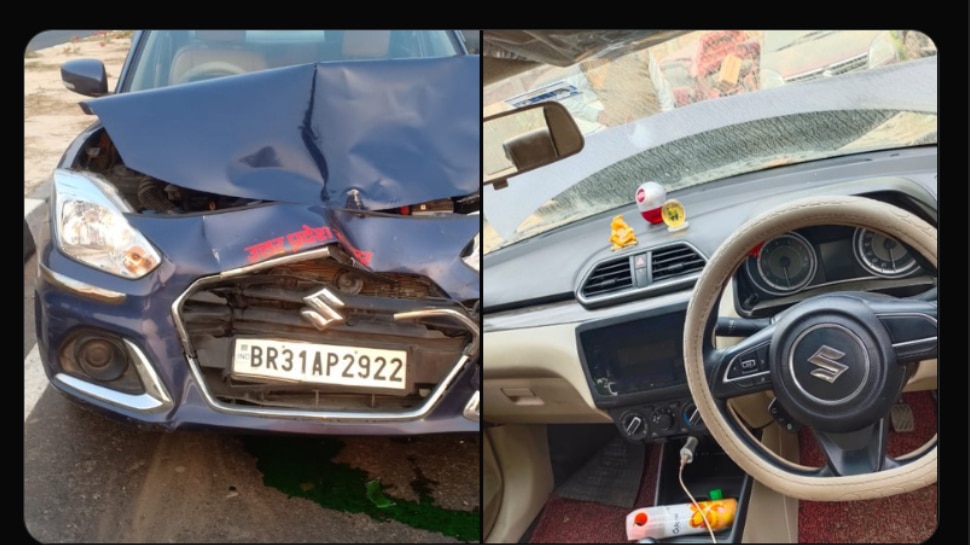 Maruti Dzire Accident News: Cars of Maruti Suzuki ( Maruti Suzuki ) have often been accused of being less secure. Recently a case has come to light when Maruti Desire had an accident at a speed of 70, yet its airbags did not open.

Maruti Dzire Airbags Not Working: Mahindra and Tata carts remain number one in terms of safety. Most of these two companies have 4 or 5 star ratings. While cars from Maruti Suzuki ( Maruti Suzuki ) have often been accused of being less secure. Recently, a case has come up when a year old Maruti Desire had an accident. Car speed 70 km at the time of accident. It was hourly, yet its airbags did not open. The owner of the car has revealed these things by posting a video on Twitter.

Actually, a user named Amit Kumar has posted a video of his Maruti Suzuki Dzire car on Twitter. The man claims that his car had an accident at a speed of 70km / h, but the airbags did not open. The person says that the car he considered safe turned out to be a ‘tin box. The video also tagged Maruti Suzuki’s official handle (@Maruti_Corp).

What is the use of the air bag in a car if it will not open even at an accident at 70KM/Hour. May God save people from any upcoming disaster who are using Maruti Suzuki products. pic.twitter.com/zDJOHVWkBr

The man wrote in his tweet, “What is the use of a car-mounted air bag if it does not open even if it is an accident at a speed of 70KM / hour. God save those people from any impending disaster who are using the Maruti Suzuki product.”

Maruti Suzuki has also responded to the user’s tweet. The company wrote, “Thank you for sharing your details. Our team members will contact you.”  For safety in this car, you are given features like dual front airbags, ISOFIX child seat anchors and rear parking sensors, electronic stability control and hill-hold assist.