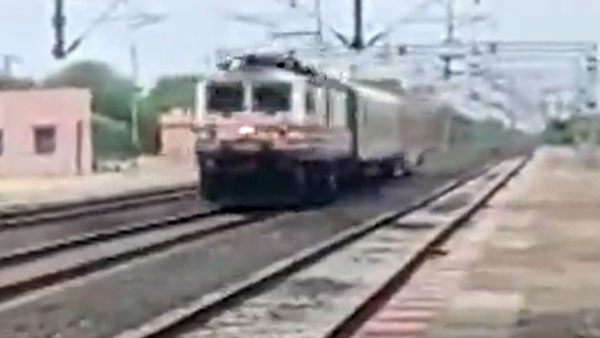 Union Railway Minister Ashwini Vaishnav has shared a video of the test, in which the speedometer can be seen touching the 180 kmph mark and the train crossing various stations at lightning speed. Along with this, WCR has also tweeted the video of this speed trial.

In this video, people are asked to “catch a glimpse of the speedometer speeding up to 180 kmph in the Kota-Nagda section”. Last year, WCR conducted a successful oscillation test of air-conditioned three-tier economy class coaches on the Nagda-Kota-Sawai Madhopur section at a speed of 180 kmph.

According to another information, West Central Railway has decided to add Vistadome coach in Jabalpur Janshatabdi Express. For your information, let us tell you that Vistadome coaches include large glass panels for windows, revolving seats, glass roof and observation lounge.

All of these features allow passengers to take in the view of the surrounding landscape as they pass by. Significantly, the first Vistadome coach was introduced in the Mumbai-Madgaon Janshatabdi Express in the year 2018 with overwhelming positive response from the passengers.

Buoyed by the success, coaches were also introduced to the Mumbai-Pune Deccan Express in June 2021 and Deccan Queen on the Mumbai-Pune route from August 2021. The introduction of Vistadome coaches on the train line is part of a major initiative of Indian Railways to improve the travel experience and promote tourism on the routes.

Vistadome Coach on Deccan Queen has registered 99 per cent occupancy on the Pune to Mumbai leg, collecting Rs 1.63 crore in revenue between June 2021 and May 2022. On the other hand, the same coach had recorded 100% occupancy in Deccan Express train on the same route.

During the same time period Rs 1.11 crore was collected in revenue. Apart from this, the Central Railway zone recorded a total of 20,407 passengers booked for Vistadome coaches with a total revenue of Rs 2.38 crore between October 2021 and December 2021.