A unique rainbow scarf cloud appeared in the sky over China. Photo and video 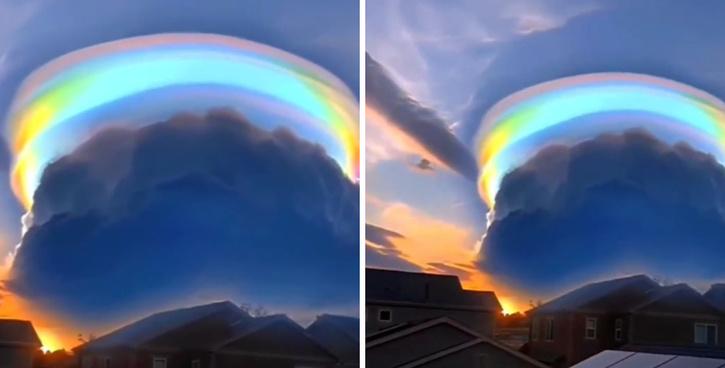 Residents of the city of Puning, south China’s Guangdong province, photographed and videotaped a rainbow scarf cloud enveloping a growing rain cloud. Such clouds are also called pileus (pileus): they received this name for their resemblance to the ancient Roman hat. Sometimes even several clouds are observed strung one on top of the other.

This time there was only one pileus, but it was rainbow. The rainbow cloud was formed as a result of cooling and condensation of moist air, in which solid ice particles were present. Sunlight, directed at a right angle, is refracted between the drops and ice crystals in the cloud, and a rainbow appears. Later, a rain cloud from below rose up and “ate” the rainbow cap.

Pileus are formed by a powerful upward flow directed from the bottom up. This usually heralds the onset of bad weather. Pylaeus are generally less impressive, but in this case, the angle of the sun at sunset and the size of the pyleus resulted in a very bright rainbow.