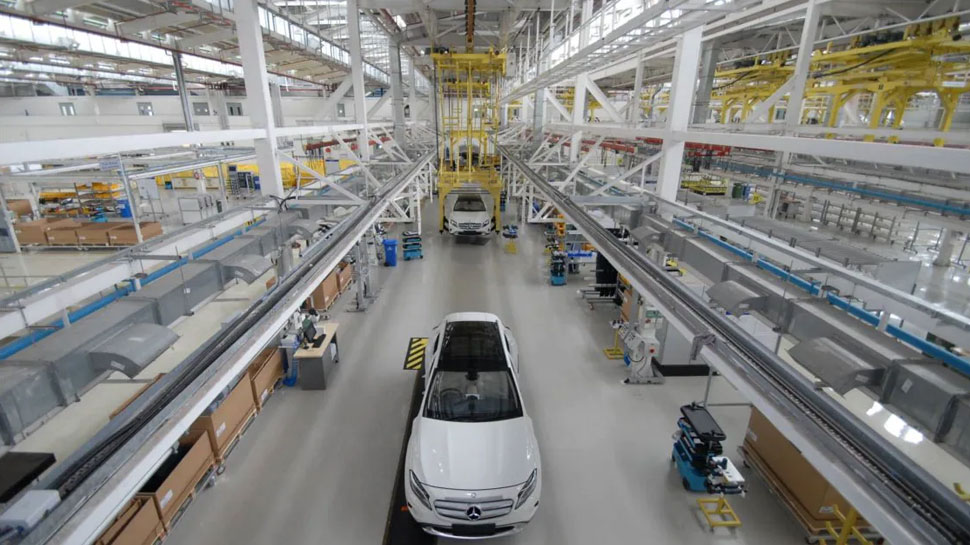 An atmosphere of panic was created after a leopard entered the Chakan plant of Mercedes-Benz, after which production had to be stopped for a while. Let us inform that Chakan is located in the area near Pune where the largest population of leopards is found in the world.

New Delhi : There is no dearth of dreamers of Mercedes-Benz, but today we are telling you about the same dreaming creature, it is not a human but an animal. Yes.. A Leopard entered the Chakan Plant of Mercedes-Benz India in Pune and roamed the plant for hours. Due to the presence of leopard in the plant, all the employees got panic and its information was immediately given to the forest department. As soon as the information was received, the rescuers of the wild animals reached the Mercedes plant in no time. Foresters saw that the leopard was hiding near the box kept in the plant.

The people of the forest department controlled this leopard and went out of the plant to take it to a safe place. There is no report of any kind of damage in this incident. Let us tell you that the area of ​​​​Maharashtra, where Mercedes-Benz India has its plant, has the highest number of leopards in the world. However, this is the first time that a leopard entered the company’s plant and production had to be stopped. Chakan has been built near Pune which can be said to be a place surrounded by forest.

This assembly by Mercedes-Benz makes sedans like C-Class, E-Class, S-Class and CLA Coupe for the Indian market. Apart from this, SUVs like GLA, GLC, GLE and GLS are also manufactured at Chakan Plant. This is not the first time that a leopard has entered the production plant of an automaker, before that a leopard had entered Maruti Suzuki’s Manesar plant in Haryana, which led to the closure of the plant. At that time, after 30 hours of fighting, the leopard could be caught from the Maruti Suzuki plant spread over 600 acres.