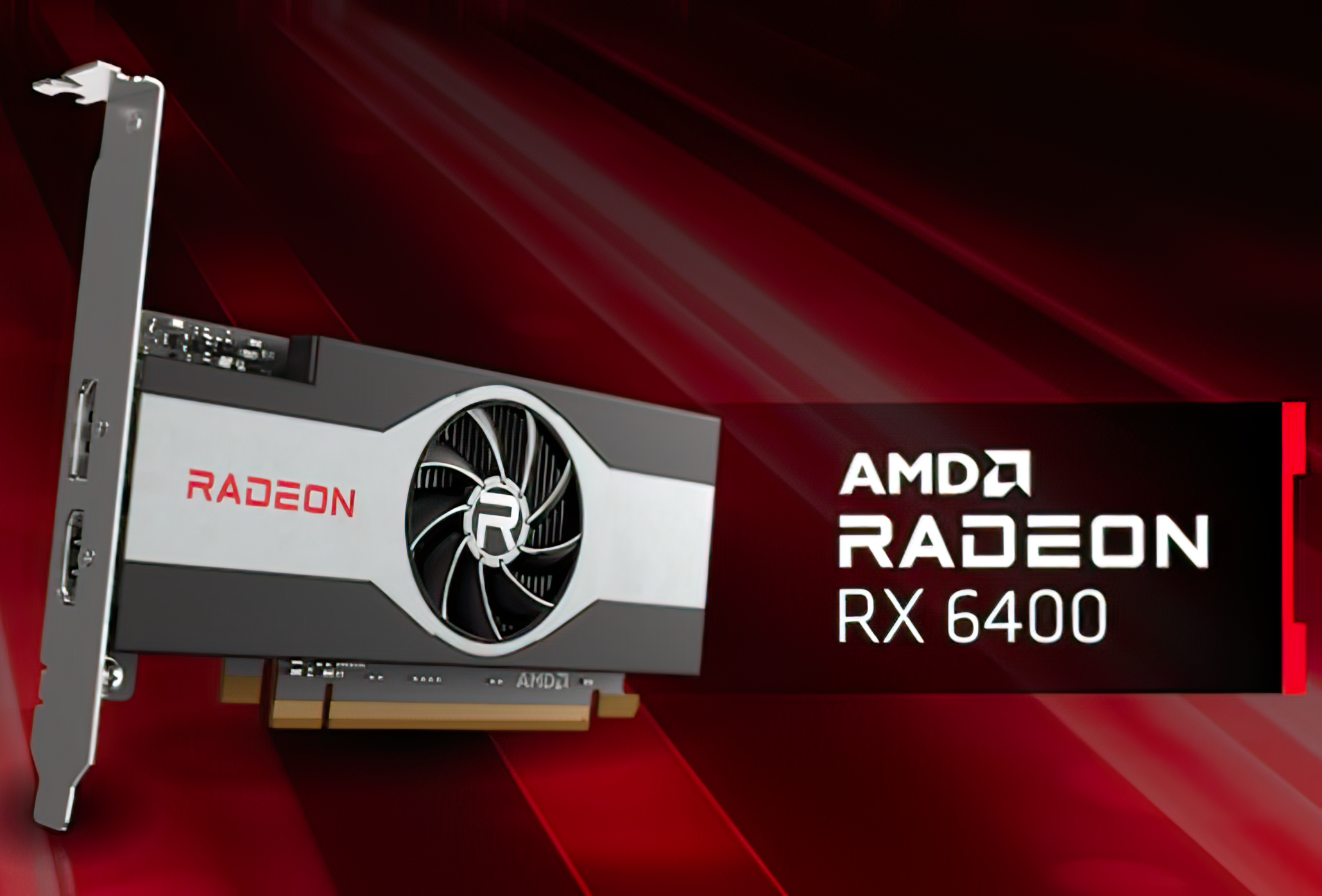 AMD recently decided that the $200 Radeon RX 6500 XT is not affordable enough for today’s market. And in the end, it was decided to release the RX 6400 at retail. Today, this card is officially presented.

Most importantly, the novelty costs only $160! This is unthinkably cheap compared to any other video card of the current generation, not counting the same RX 6500 XT. In addition, given that the older model is already offered at or very close to the recommended price, the RX 6400 is clearly waiting for the same fate. This means that it will be much cheaper than a lot of old Nvidia adapters.

For example, now in Europe for the GTX 1650 they ask from 200 euros. From the looks of it, the RX 6400 will offer roughly the same level of performance, but at a much lower cost. In addition, ultra-low power consumption allows manufacturers to make low-profile and even passive adapters. The first ones will definitely be available on the market, since they have already begun to be announced, but there is no data on the second ones yet.

Among other things, it will be very interesting to compare the RX 6400 with the integrated Radeon 680M GPU, since they are based on the same architecture and have the same number of compute units.