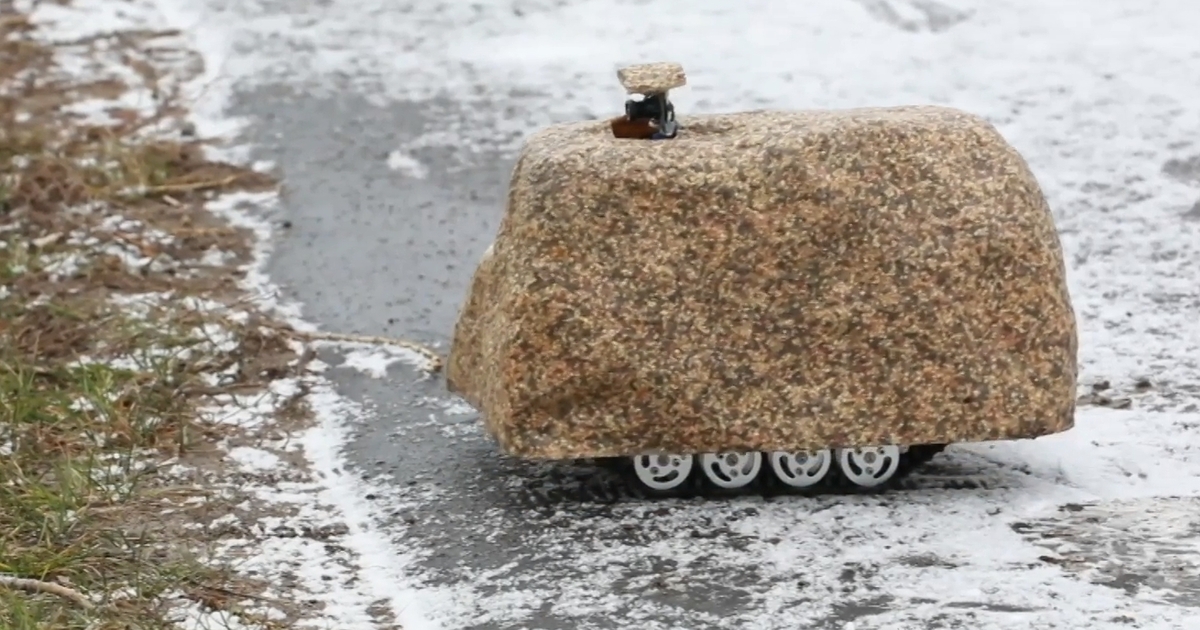 In Russia, a reconnaissance stone was developed to monitor a possible enemy. The authors of the product are cadets of the Voronezh Air Force Academy.

Reportedly, the idea of ​​the development was brought from Syria by the scientific supervisor of the cadets. “Stone” – a tracked device with a microphone and a video camera, capable of tracking and filming for 15 hours, the device can be in standby mode for up to a day.

“When a signal from a motion sensor is triggered, the stone comes to life. Camera. Microphone. The filming of such a film can last fifteen hours. The operator is two kilometers away. He sends everything to the headquarters, ”the source said.