A real supercomputer for cars. Nvidia cancels Atlan SoC in favor of even more powerful Thor 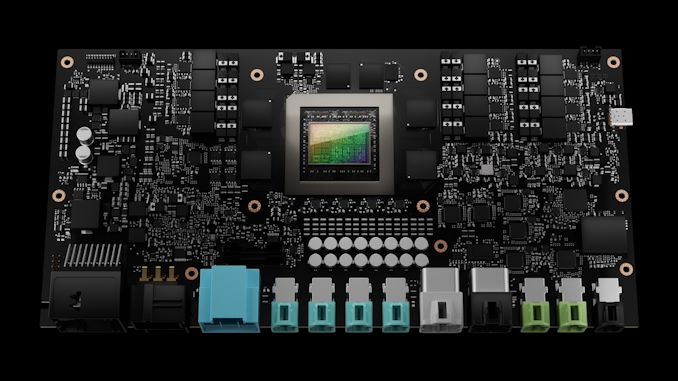 In early 2021, Nvidia nominally announced SoC Atlan for automotive supercomputers of the future. Then the details were almost not disclosed, promising a performance of 1000 TOPS. Nvidia announced today that it is phasing out the Atlan project, but instead introduced an even more powerful solution called Thor.

The Thor platform, like Atlan, is targeting a 2025 release. Details, like a year ago, are still at a minimum. Thor will be based on Poseidon AE processor cores, nothing is known about the GPU at all. It can be either the generation of Ada Lovelace, or the next one after it.

But performance (FP8) Nvidia promises already in 2000 TOPS. This indicator cannot be directly compared with others, but 1000 TOPS (INT8) was declared for Atlan, and in the case of Orin SoC, which is used in Nvidia Drive car supercomputers now, we are talking about 256 TOPS (INT8). It is also known that the SoC will consist of 77 billion transistors, that is, it will correspond in this parameter to the latest GPU AD102, which underlies the GeForce RTX 4090.