A person was using a laptop on a moving bike, people asked – work is important or life 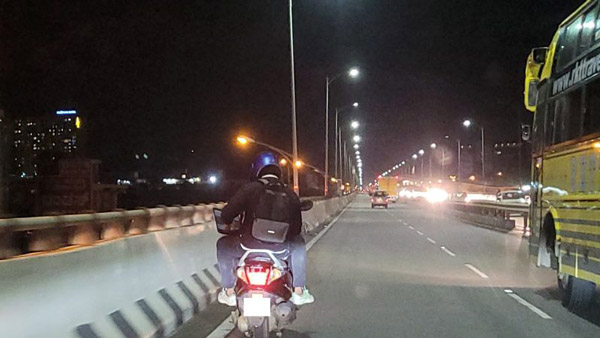 He further wrote, “If you are the boss and put too much pressure on your co-workers to work within the deadline, then it can also put their lives in danger. We should consider this.”

“We should use words like ‘it urgent’ and ‘do it ASAP’ judiciously, especially when you are in a high position. You don’t know how these words are used by your employees,” he said, advising high office bearers. What effect does it have on his life?

The picture has garnered over 40,000 likes and has been shared over 1,000 times till the time of writing this news. However, social media users are giving different opinions about this picture.

Commenting on the picture, a user wrote, “It is impossible for a normal person to work on a laptop while sitting on a moving bike. May be he came from another planet. It may also be that he is filming RRR on a laptop.” You’re watching.”

Another user wrote, “The person himself is responsible for such work. Instead of blaming the leadership, you better stop that person and ask why he is doing such work. We need to be a responsible citizen.” needed.”

At the same time, another user also wrote in the comment that no deadline can be met by working like this. Maybe he is doing some other work on the laptop or maybe he has taken early leave from office.”