A paradigm shift in the study of Mars. The European Space Agency believes that in ancient times Mars abounded in water 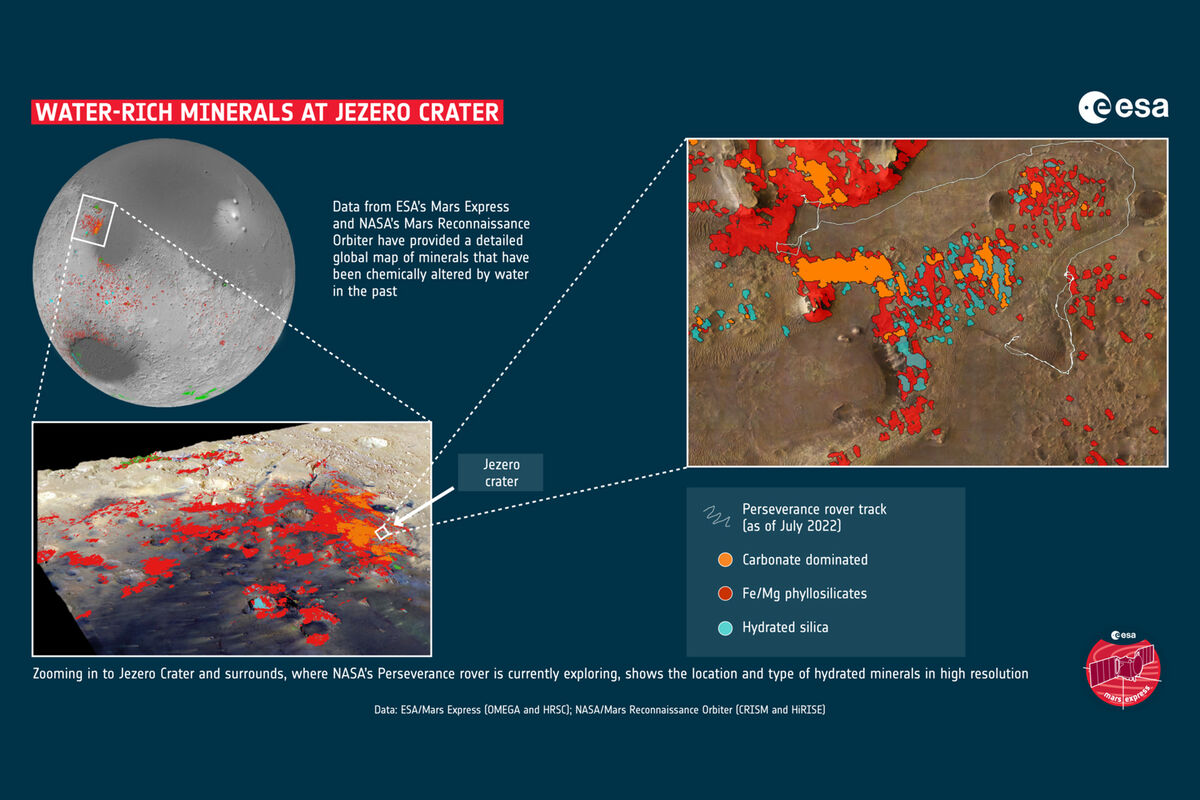 European Space Agency (ESA) scientists have published a map of the distribution of water materials on Mars.

The map was compiled using the Mars Express and Mars Reconnaissance Orbiter instruments. It shows areas rich in water-altered materials such as immersed rocks, clay, and salts. On Earth, clays are formed by the interaction of water with rocks, and different types of clays are formed under different conditions. For example, clay minerals such as smectite and vermiculite are formed by the interaction of a relatively small amount of water with rock and thus retain largely the same chemical elements as the original volcanic rocks. In the case of smectite and vermiculite, these elements are iron and magnesium. When the amount of water is relatively large, rocks can be modified more strongly. Soluble elements tend to be carried away, leaving behind aluminum-rich clays such as kaolin.

The biggest surprise was the prevalence of such minerals. Ten years ago, planetary scientists knew about 1,000 such zones on Mars and considered them geological curiosities. However, now people know hundreds of thousands of places where there was a lot of water before.

Scientists believe that we can talk about a paradigm shift in the study of Mars. Previously, due to the small number of known water minerals, it seemed that the stay of water on Mars was rare and short-lived. Now there can be no doubt that water has played a major role in shaping the geology of the entire planet.