A new teaser of the domestic SUV Aurus Komendant has been published. 17 days left until its premiere 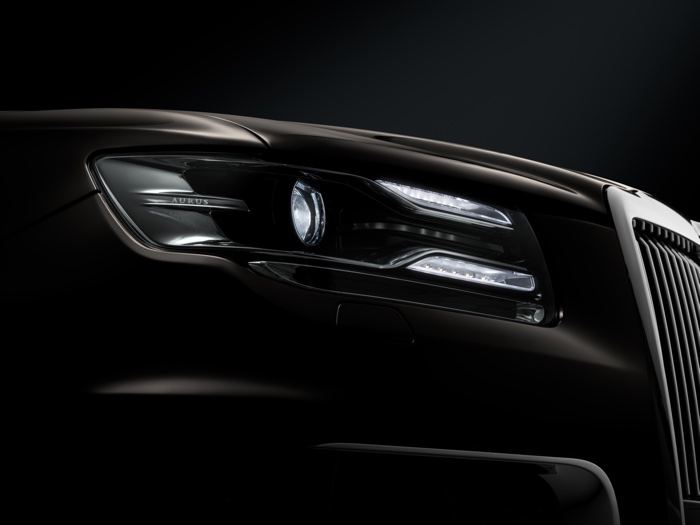 The official Telegram channel of the Russian automotive brand Aurus today published a teaser of the Aurus Komendant SUV. The picture shows the headlight and part of the grille in the spirit of Rolls-Royce cars.

“The Aurus Komendant SUV will be an important milestone in the development of the project. This unique vehicle embodies the true nature of strength, combining comfort and impressive endurance, style and reliability, embodying the audacity and power that underpins the Aurus philosophy.”, reads the caption for this image.

It is already known that the debut of Aurus Komendant will take place on September 29. The car will be presented at the Museum of the Special Purpose Garage of the Federal Security Service of Russia, located on the territory of VDNKh in Moscow. But it will be produced at a plant in the Alabuga special economic zone in Tatarstan, where the Senat sedan is already being produced.

Aurus Komendant will be one of the largest and heaviest premium SUVs in the world. Technically, the novelty will largely repeat the Senat sedan. In particular, Komendant will be built on the same platform from FSUE NAMI and equipped with a 600 hp hybrid power plant, consisting of a 4.4-liter V8 petrol turbo engine, a nine-speed automatic and an electric motor. The drive, like the sedan, will be complete.