A new island was born as soon as the volcano erupted under water, NASA took the picture, you also see 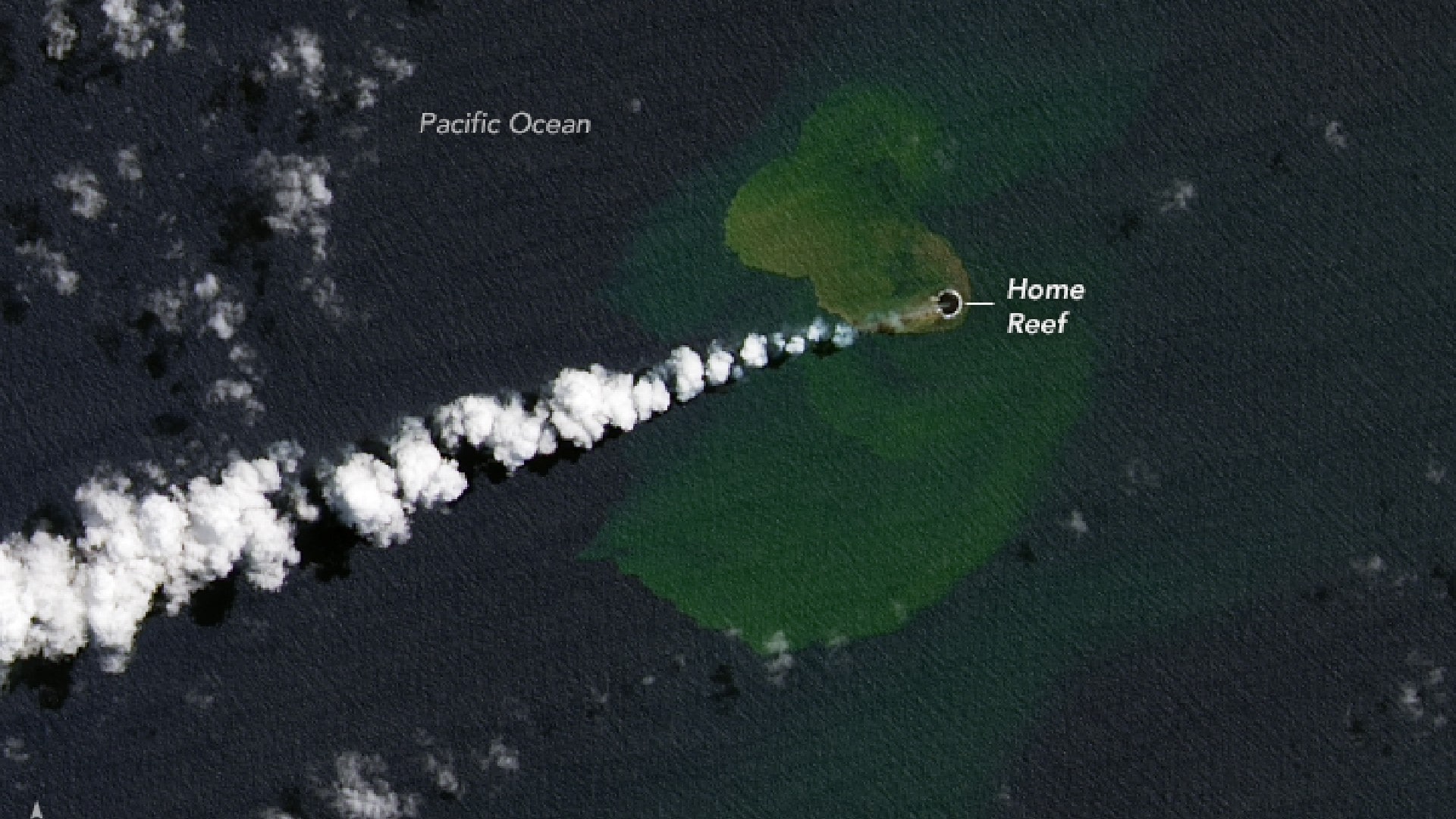 Volcano eruption is a natural phenomenon, the effects of which are visible even after many months. Just yesterday we read in a report that 50 million tons (45 million metric tons) of water vapor spewed into the atmosphere from a volcano that erupted at sea earlier this year in Tonga, a country in the South Pacific Ocean. That is, the water went up as steam. Now information is being received about an underwater volcano erupting just a short distance from Australia. A new baby island is said to have been sighted in the southwest Pacific Ocean a few hours after the volcanic eruption.

Earlier this month, the Home Reef volcano in the ‘Central Tonga Islands’ began spewing lava, steam and ash. of NASA Earth Observatory reported that a new island emerged above the surface of the water just 11 hours after the explosion.

In its press release, NASA has told that the size of this newly born island increased rapidly. Researchers from Tonga Geological Services estimated that the island would have an area of ​​4,000 square meters (1 acre) and an elevation of 10 meters (33 ft) above sea level. However, as of 20 September its size has been found to be 24,000 square meters (6 acres).

The US space agency said the new island is located on the Home Reef seamount in the central Tonga Islands. However, this is insufficient for human settlement. Explaining the reason for this, NASA has said that the islands formed by the eruption of volcanoes present under the sea are short-lived. That is, they can exist for a few months or even years.

It is said that in the year 2020, an island formed due to a 12-day eruption in Leteki volcano was washed away two months later, while an island created in 1995 by an eruption in the same volcano remained in existence for 25 years. According to a Facebook post by Tonga Geological Services, the Home Reef volcano was still erupting as of Monday. Now it remains to be seen how long the island that was born due to this explosion can survive.