A messenger for communication under water has been developed. It works without bluetooth and wifi 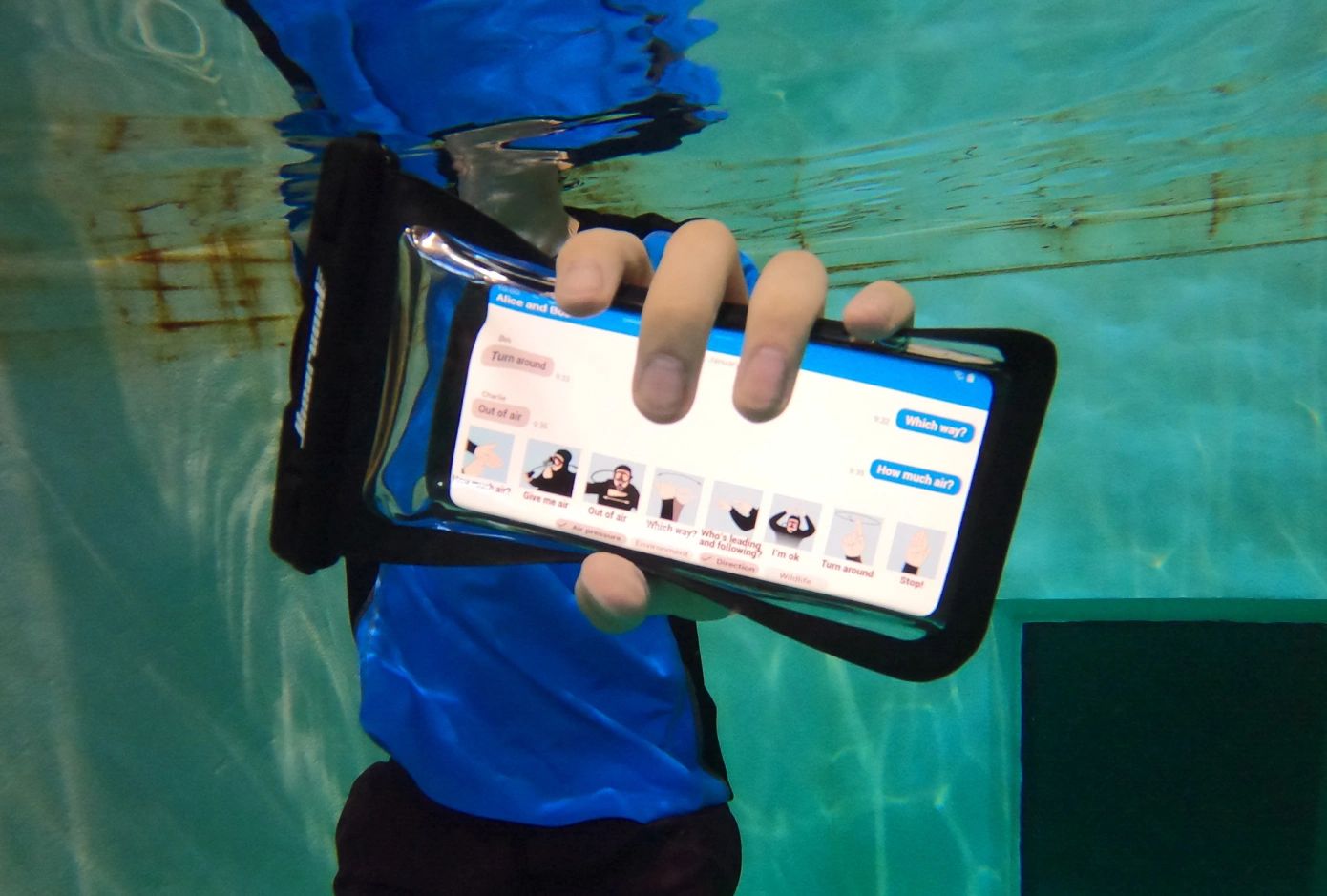 Specialists from the University of Washington have developed an original application that will allow divers to exchange messages underwater using smartphones. It is called AquaApp and supports, among other things, smart watches.

The idea is that you can’t send data via Bluetooth and Wi-Fi underwater, because water drowns out high-frequency radio waves. However, there is a solution – to use the audio range. The program uses the speaker of the smartphone to generate certain sounds that are perceived by the microphone of another device and allow you to exchange information.

The messenger includes a set of icons, each of which corresponds to a certain gesture, which are used for communication. In addition, you can create your own icon sets. Previously, divers could only use normal gestures, but this does not work in poor visibility conditions.

The application also includes a noise reduction algorithm that cleans up information from distortion. The first tests showed that messages can be sent 50 meters in calm water, and 30 meters in strong currents. In exceptional cases, you can send a message at a distance of up to 100 meters. Application code already published on Github. There is a version for Android only.