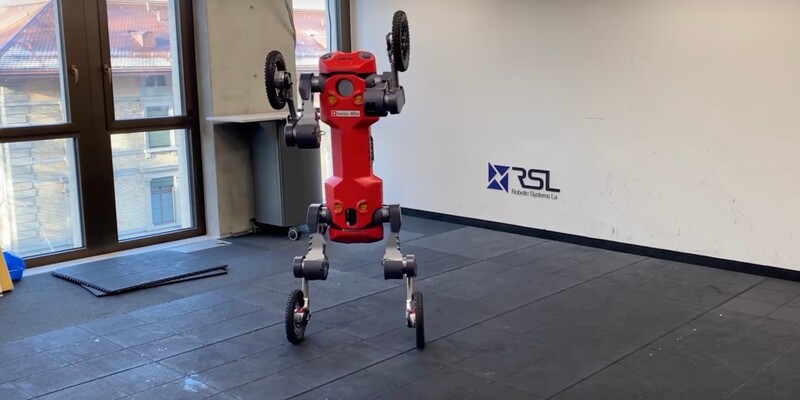 If there is a robot dog spot from Boston Dynamics in the US, there is ANYmal, a four-legged robot from ETH Zurich in Switzerland. This animal has been refurbished with wheels. This is the biggest change since it was first introduced in 2018. The name was also changed to ‘Swiss-Mile’, after the company founded by the developers.

Researchers from the University’s Robotics and Systems Lab said that the Swiss-Mile has the same look as an animal, except that it has wheels on its legs and a longer body, but using wheels makes it possible to move more diversely than before. It can drive like a car using its four wheels, walk like a quadruped by locking its wheels, and use its arms upright like a human. It is a ‘3 in 1’ robot that combines the movement methods of automobiles, tetrapods, and humans. 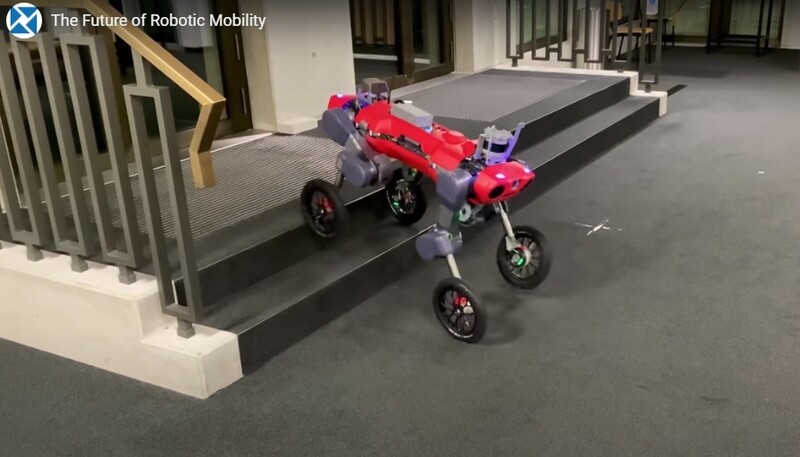 Lock the wheels when going up the stairs. video capture
More energy efficient than drones and vehicle delivery robots

Since the Swiss-Mile can change its movement method according to the surrounding terrain or environment, the research team expects that it will be able to achieve better results in last-mile delivery than drones or vehicle-type delivery robots that can only move in one way. did.

For example, by standing on two feet, lifting a load from a shelf, loading it on your back, and moving it to your destination at high speed using the wheels, locking the wheels, climbing the stairs in front of the house on all fours, standing on both feet again, and pressing the doorbell by itself. . Of course, this is only a theoretical explanation. To fully demonstrate these abilities in real-life environments, the skills will need to be refined through trial and error.

The researchers found that the Swiss-Mile hybrid locomotion was 83% more energy efficient than a conventional quadruped robot system.

Swiss-Miles is equipped with lidar sensors and GPS to accurately determine the movement path and avoid obstacles. The top speed is 22 km/h. It has a maximum payload of 50 kg and can operate for 90 minutes on a single charge.

Considering that the distance that can be moved in 90 minutes is around 30 km, it is expected that it can be put into delivery for a distance of approximately 10 km.

The company is aiming for a release in 2022, but did not comment on the market price.