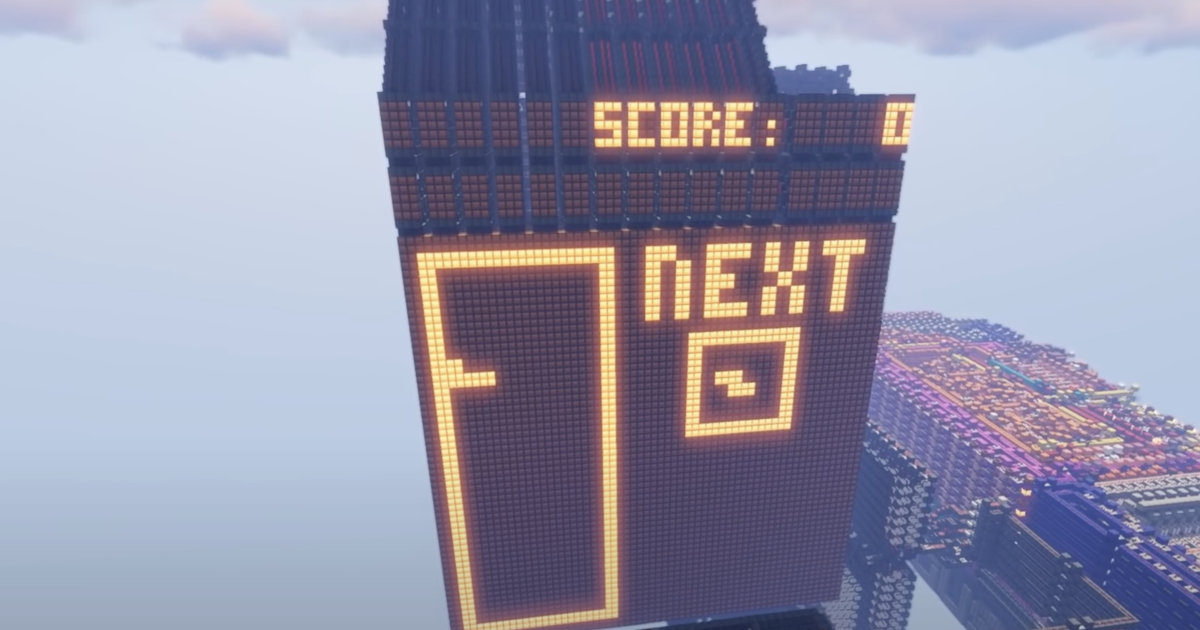 Modern processors have become so technologically advanced that many have already forgotten about the completely “physical” processes that underlie them. An enthusiast under the nickname Sammyuri, who created his own working chip inside Minecraft, undertook to remind about this.

The processor was named Chungus 2. It, using the tools of a popular computer game, simulates the behavior of a real 8-bit processor with a clock frequency of 1 Hz and 256 bytes of RAM.

It took the enthusiast about 7 months to implement such a complex project. At the same time, the final result cannot but amaze – using Chungus 2, Sammyuri was able to launch Tetris and Snake, also inside Minecraft.

Note that each in-game block has a volume of one virtual cubic meter. Thus, if the developer decided to recreate his creation in the real world, then its dimensions would be comparable to a skyscraper or a huge cruise ship.