A flying humanoid robot was created in Europe 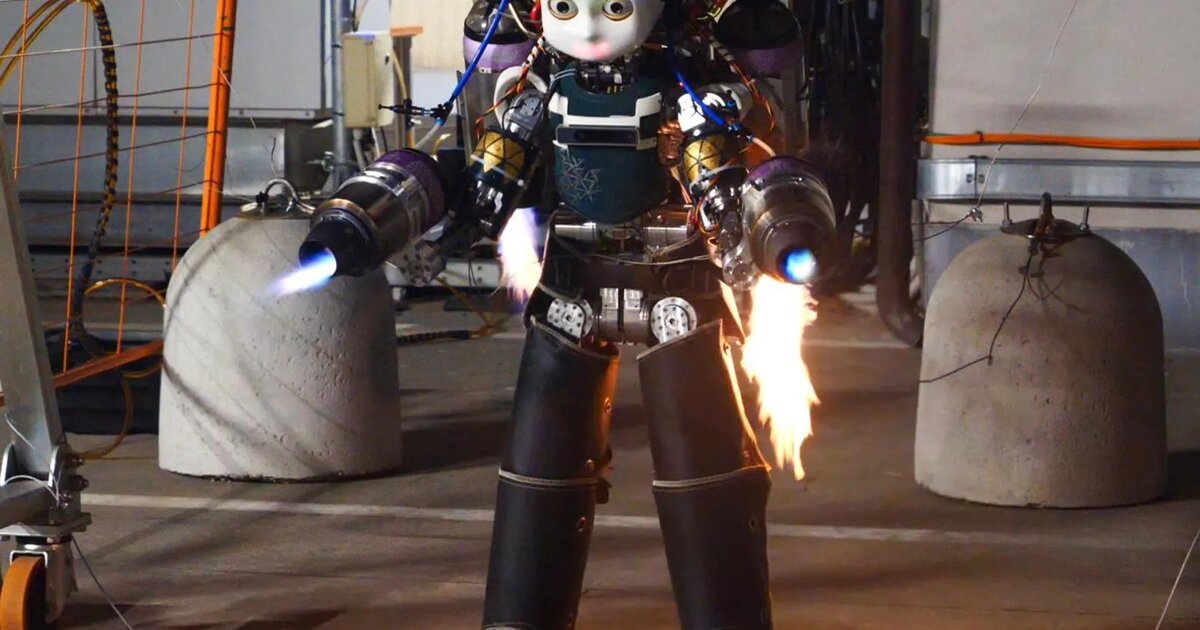 Specialists from the Italian Institute of Technology have created a humanoid, humanoid robot capable of flying. The development is called iRonCub, which means the Iron Youngster.

The device resembles a human and really looks like a teenager. The robotic humanoid flies with four jet engines built into the arms and a fully functional knapsack that provides balance and maneuverability. “Youth” recognizes human speech and gestures. Able to move and navigate completely autonomously in the environment.

Built on the basis of the modular iCub platform from The RobotCub Project. Has a height of 104 cm, weighs 22 kg. “Dressed” in protective fireproof pants to protect the body from fire and damage to parts.

It is planned that in the future the robot will participate in rescue operations. I will also use these devices to test exoskeletons for various purposes.

“I truly believe aerial robotics can be used to test human exoskeletons. The recent flight of Richard Browning demonstrates the successful operation of such futuristic mechanisms. Yes, there is a long road ahead, but we can speed it up with robots and thus avoid human testing, ”said Daniele Pucci, head of the Artificial and Mechanical Intelligence Laboratory at the Italian Institute of Technology.