Hero Electric Scooters will be fully charged in just 15 minutes, know what the revolution is going to happen 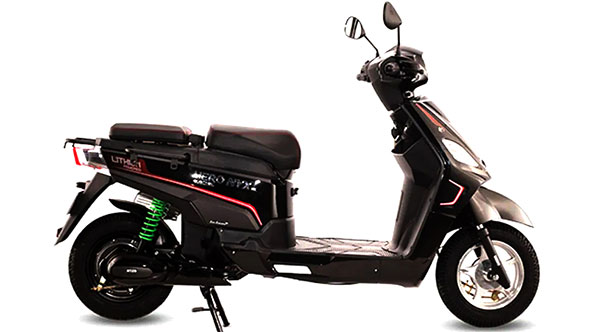 There is a fierce competition in the market of electric two-wheelers, which is increasing. Every day new start-ups are coming up with their powerful electric scooters and motorcycles which cover long distances in one charge. But Hero MotoCorp has done such a thing which is going to prove to be very beneficial. Hero has partnered with Bengaluru based Log 9 Materials. This start-up is going to install battery packs in all the electric scooters of Hero. Hero electric two-wheelers can be fully charged within 15 minutes after being fitted with Log9’s RapidX battery. Hero has said in its official statement that Log9 has used cell-to-pack technology to manufacture the battery.

Battery charging will be 9 times faster

The company claims that the charging of the battery will be 9 times faster, its performance will also increase 9 times, the life of the battery will also be 9 times and its capacity will also be reduced at 9 times less speed. Let us tell you that Log9 has already tested the RapidX battery as a pilot project with fleet operators like Amazon, Shadowfax, Delivery, Flipkart and Bikemania. The life of this battery is said to be 10 years and it is also very good in terms of safety as this battery does not catch fire. These batteries do not make any difference even if the temperature rises too much, apart from this, the company has tested this battery according to different seasons.

Currently for commercial use

Hero Electric is selling the NYX electric scooter in the Indian market. This scooter is currently being sold for commercial use and it can be driven up to 210 km on a single charge. Many variants of this e-scooter are being sold in the market and it has been specially targeted at the food delivery companies. Hero Electric says that companies can make changes to the electric scooter according to their needs, with a bucket in the front and a big box in the back.

The scooter comes with a choice of 600 or 1300 Watt electric motors that come paired with three Lithium-Ion batteries of 51.2 Watts or 30 Ah. This scooter of Hero Electric has been given many features like smartphone connectivity, Bluetooth connectivity and best remote surveillance apart from scooter diagnostic solutions. This e-scooter has been introduced in three variants – LI, LI ER and HS500 ER with an initial ex-showroom price of Rs 63,900 in Delhi, this price goes up to Rs 79,900 for the top model.