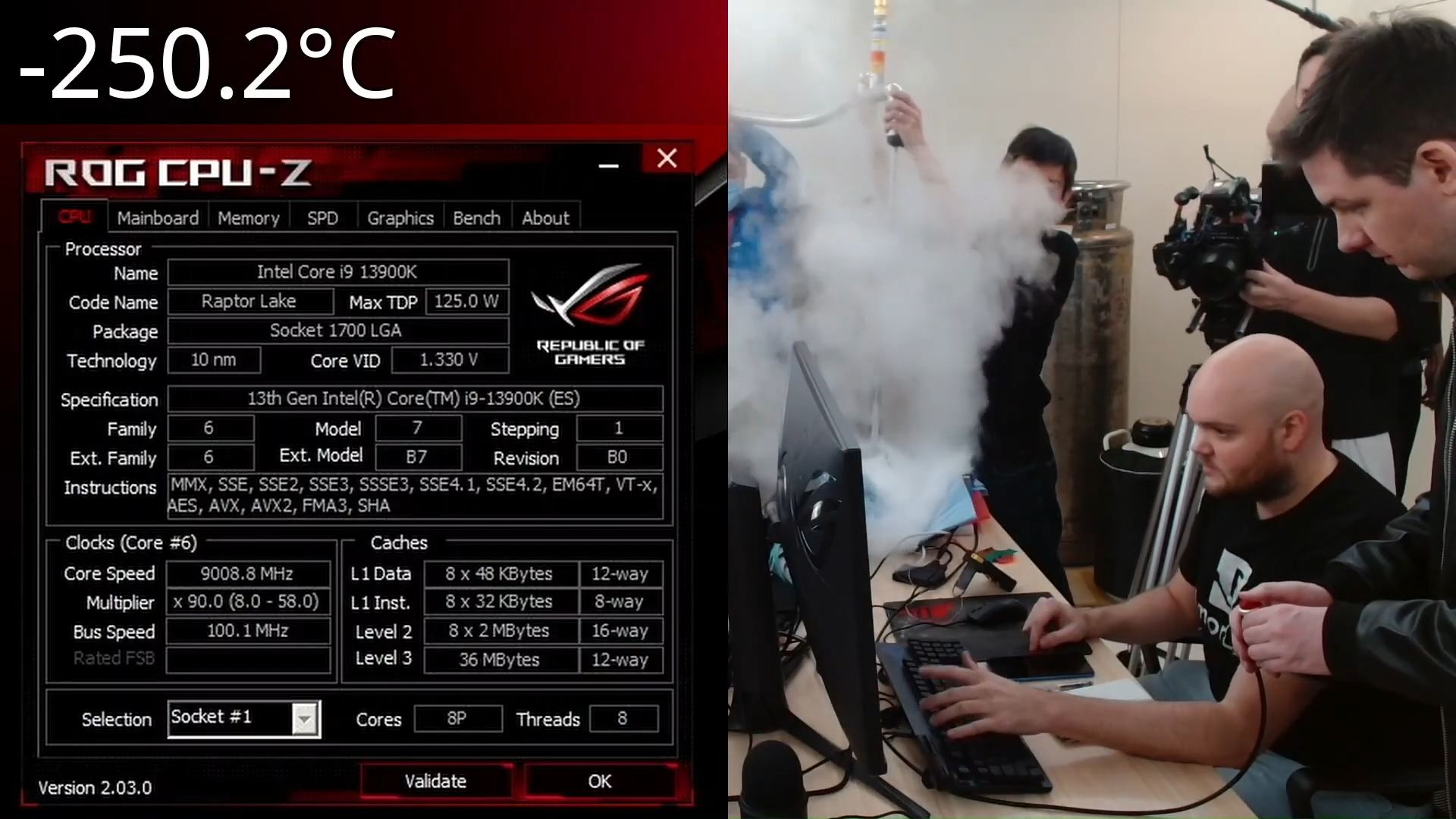 Now we can officially say that it was Intel that released a consumer processor that managed to break all overclocking records in history.

The famous overclocker elmor managed to overclock the Core i9-13900K to a frequency of over 9 GHz! Previously, no CPU has ever reached this limit, although the AMD FX-8370/8150 were very close to it.

To be more precise, the enthusiast managed to get the CPU to work at a frequency of 9008.82 MHz. The record at 8722.78 MHz, which had held for almost ten years before, was achieved on the AMD FX-8370. True, it was recently beaten using the same Core i9-13900K, which was overclocked to 8812.85 MHz, but this result, although it is in the HWBot database, for some reason is not displayed in the overall rating. By the way, at that time, elmor was also involved in overclocking. In any case, no matter how anyone thinks, the Core i9-13900K officially and fully secured the status of the best in overclocking (in absolute terms), and at the same time became the first CPU to break the 9 GHz barrier.

For overclocking, of course, liquid nitrogen was used. The CPU temperature was an incredible -250 degrees Celsius, in addition, the energy-efficient processor cores were disabled.