888-horsepower hybrid Ferrari presented: it will be possible to buy it for cryptocurrency 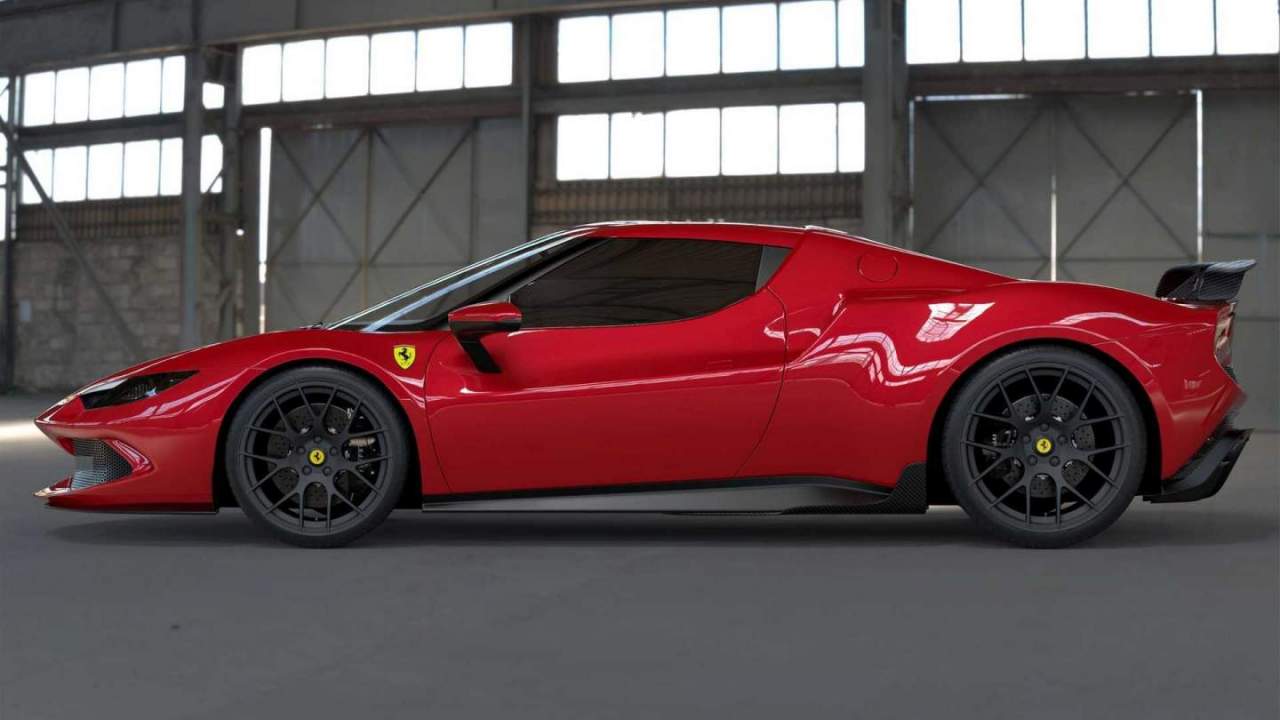 The Ferrari 296 GTB is Ferrari’s first production car with a V6 engine, as well as the first Ferrari hybrid supercar with a strictly rear-wheel drive transmission. German tuning studio DMC has unveiled a modified Ferrari 296 GTB that received a Squalo tuning package.

The DMC Ferrari 296 GTB Squalo is powered by a 3.0-liter twin-turbocharged V6 engine that produces 654 hp. and 740 Nm of torque. With a pair of turbochargers spinning at up to 180,000 rpm, the Ferrari 296 GTB engine has the highest power density in a production supercar. The engine spins up to 8500 rpm.

The car is equipped with an eight-speed dual-clutch automatic transmission, as well as an electric motor that boosts power output to 818 hp. But DMC considered that this was not enough, so the specialists began to work with a powerful V6 gasoline engine further. As a result, it was possible to increase its power by another 69 hp.

In addition, the Squalo tuning package (Italian for shark) includes an upgraded body kit with improved aerodynamic properties. It received a redesigned front spoiler, a rear diffuser and a new rear wing.

DMC has already announced that it will be possible to buy the DMC Ferrari 296 GTB Squalo with cryptocurrency. No price has been announced, but the standard version of the Ferrari 296 GTB costs around $320,000.