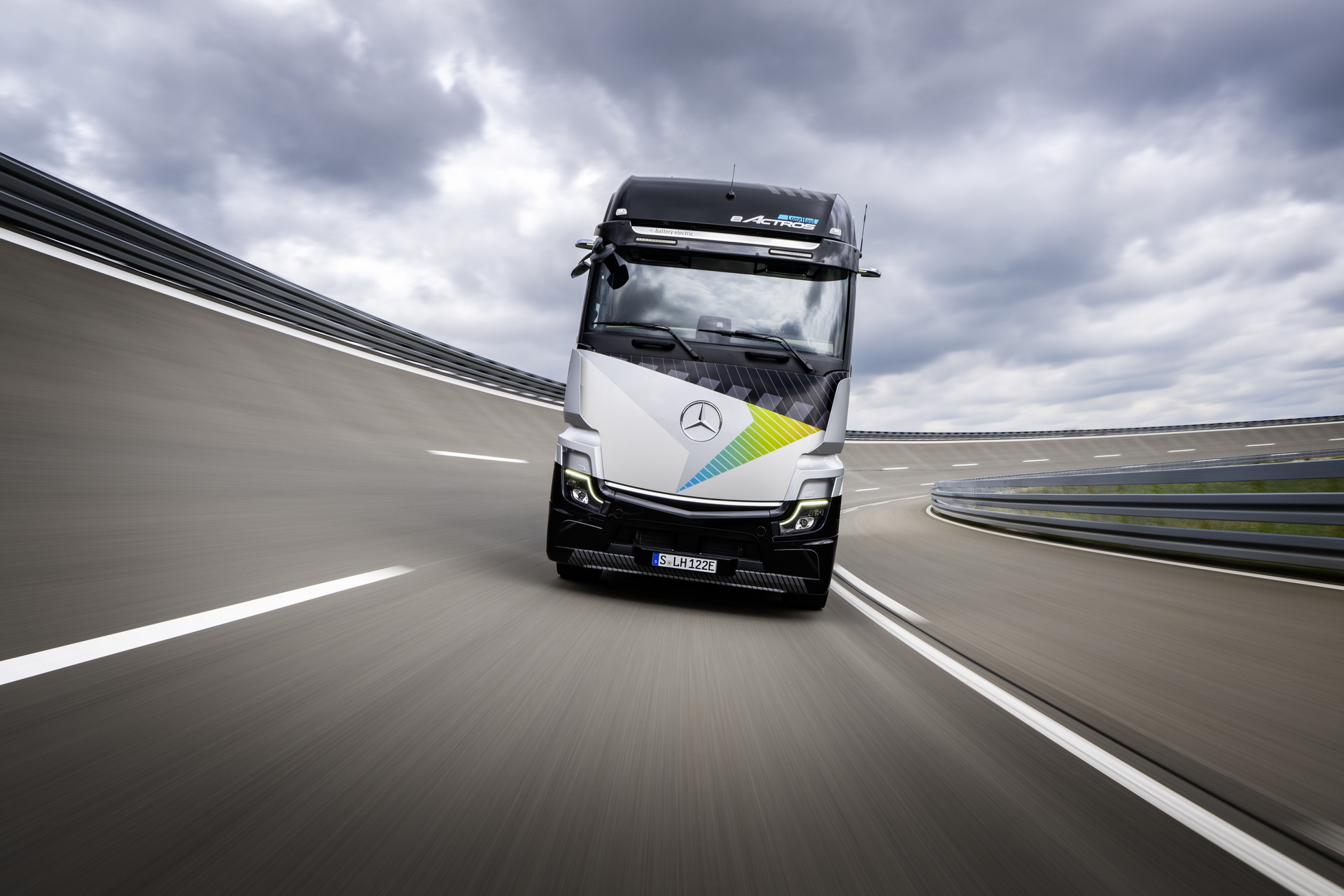 So far, the eActros LongHaul is just a prototype, and Mercedes-Benz says it’s the first look at what a production car will be like. Perhaps some changes will be made to the final design of the truck.

The Mercedes-Benz eActros LongHaul is equipped with a battery with a capacity of up to 600 kWh, which should last more than 500 km. Thanks to support for fast charging and special 1MW charging stations, which are currently being tested by the company, it will be possible to charge an electric truck from 20% to 80% in just half an hour.

The power plant uses two electric motors with a peak total power of 815 hp. and a constant power of 545 hp. Especially for the new Mercedes-Benz electric truck, trailer manufacturer Krone, together with Trailer Dynamics, will release the eTrailer trailer with its own electric drive and battery, which allows to increase the range to 800 km.

Production will start in 2024 at the Mercedes-Benz Trucks plant in Werth.