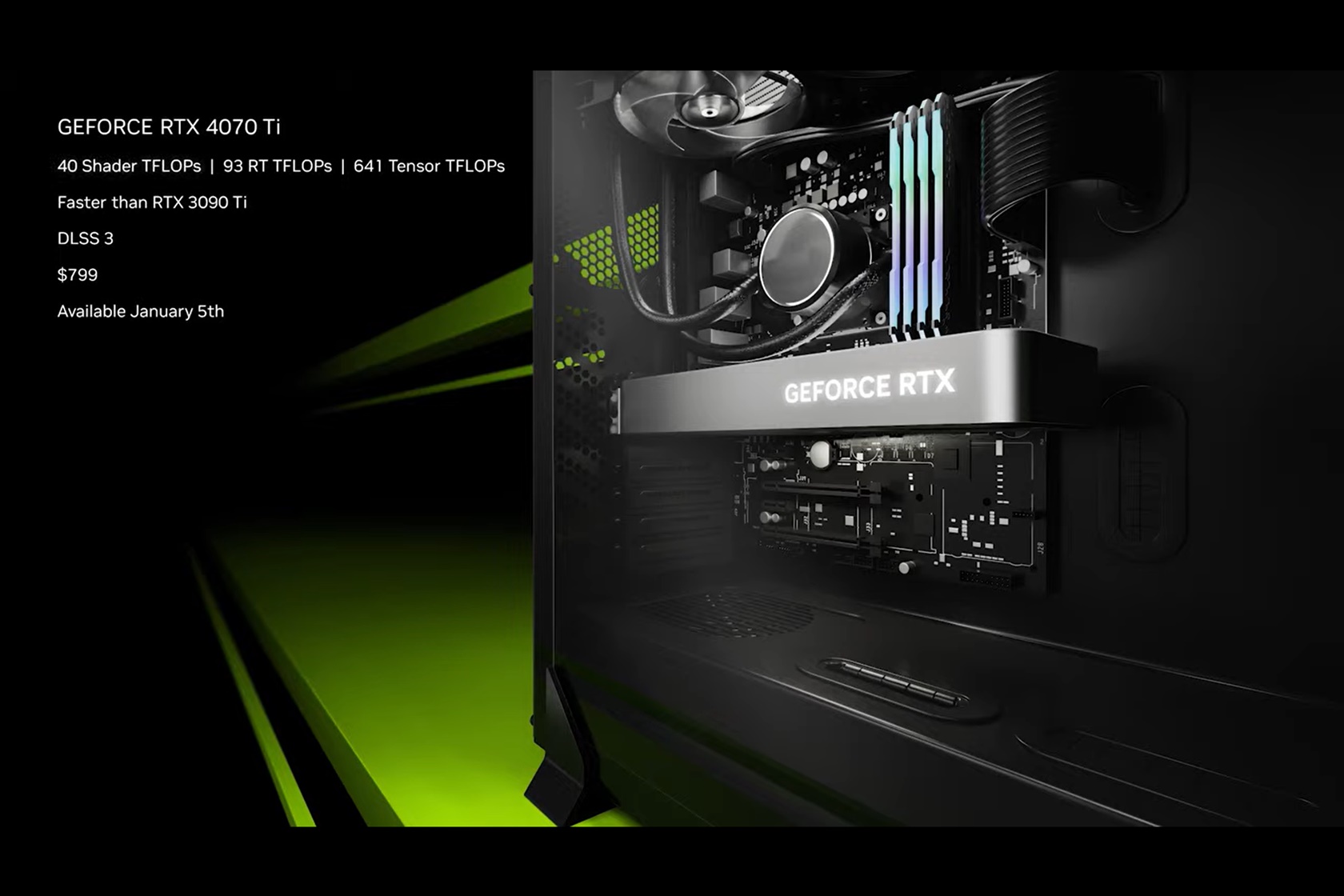 The GeForce RTX 4080 with 12 GB of memory was supposed to go on sale a few months ago, but was delayed until early January – the 3D card was reintroduced at an official event dedicated to CES 2023. It is now called the GeForce RTX 4070 Ti and costs $ 800.

It is important to note right away that the GeForce RTX 4070 Ti does not have Founders Edition options, so pricing for devices in this line is completely at the mercy of Nvidia partners.

The video card will go on sale in two days – January 5th. Most options will offer a cooling system that takes up 2.5-3 slots of space.