75 inch Blaupunkt 4K QLED LED TV launched in India, will get the cinema feel at home 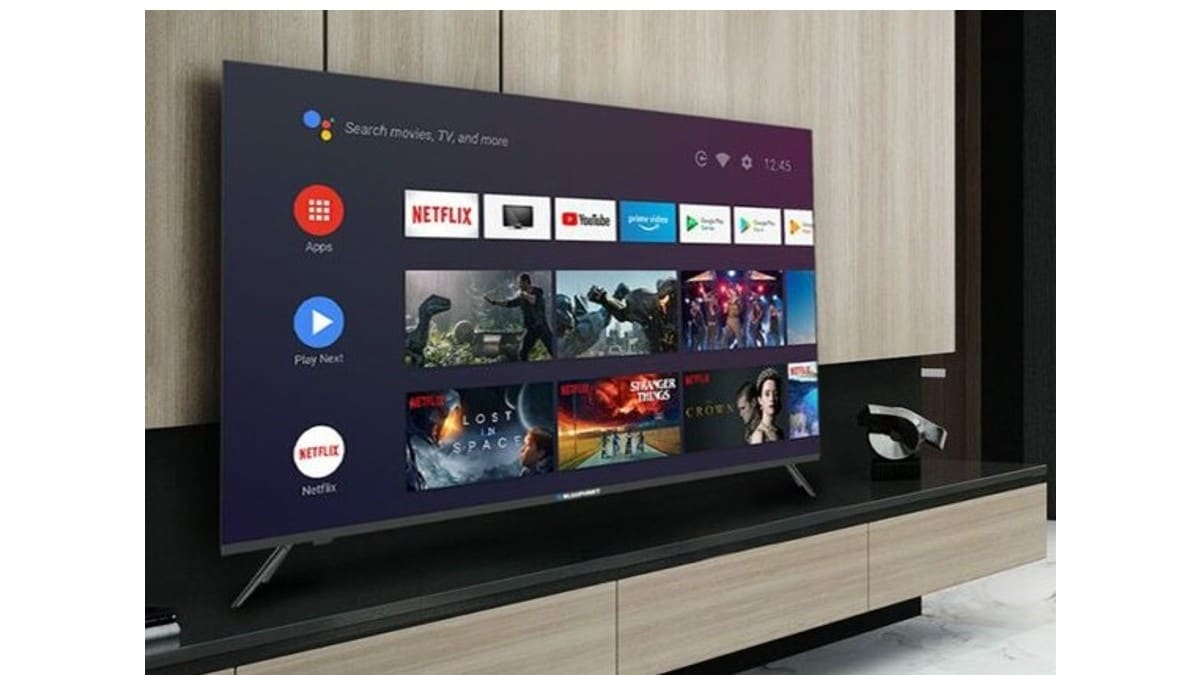 Blaupunkt has launched a new 4K QLED LED TV in India in large screen sizes. The Blaupunkt 75 inch 4K QLED LED TV has 60W speakers. The company has already launched 50, 55, and 65 inch sizes for TVs. This 75-inch TV has been added to the same series. The specifications and features of the TV are similar to the three models launched earlier. The design is quite modern and the screen is bezel less. The company has named it Airslim Design. Alloy stand has been given in the TV.

This latest launched TV of the company has a screen size of 75 inches and it is a TV with 4K resolution. The TV has a brightness of 550 nits. It comes with MEMC technology and supports Dolby Vision for better picture quality. Apart from this, HDR10+ and HLG formats are also supported in the TV. For a hands-free experience, the TV has a far-field microphone with the help of which voice commands can be given to the TV through the Google Assistant.

The company has paid special attention to the sound. It has 60W speakers that make up a quad speaker system. To make the sound quality rich, the company has supported Dolby Audio, Dolby Atmos, DTS and CyberSound Gen 2. It is powered by MediaTek MT9602 (A53) processor which is a quad core processor clocked at 1.5GHz. The TV has 2GB RAM and 32GB storage. Android TV 10 OS has been supported in it as an operating system. For connectivity, the TV has WiFi, Bluetooth 5.0, three HDMI ports, 2 USB ports and an Ethernet port.