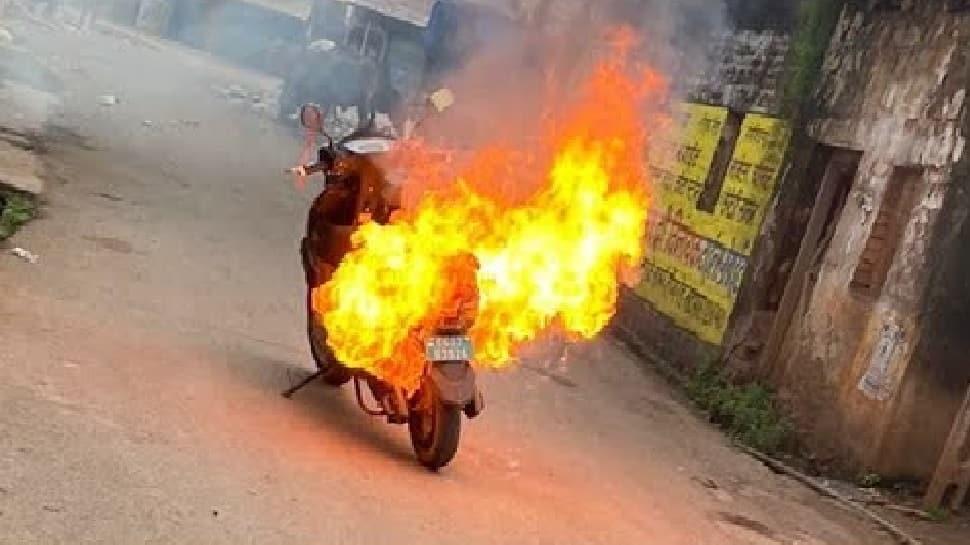 Electric Scooter blast: The battery of the electric-scooter exploded during charging in Vasai, Palghar. The boy died during treatment after being seriously injured in the blast.

Electric Scooter Battery Fire: A recent case of fire in an electric scooter has come to light. In Mumbai, a 7-year-old child died after the battery of an electric scooter exploded. According to news agency ANI, the incident took place in Palghar, Maharashtra. The electric-scooter battery exploded during charging in Vasai, Palghar. The boy died during treatment after being seriously injured in the blast. According to the police, a case was registered and further investigation was started. 7-year-old Shabbir Ansari was burnt to more than 70 percent due to the blast.

According to the information, the boy and his grandmother were sleeping in the hall when the blast happened. Ansari’s father plugged the EV’s battery for charging. As soon as the battery exploded, Ansari and his grandmother woke up. According to the report of The Indian Express, the incident of fire in the battery took place on 23 September at around 4:30 am. Dadi suffered minor injuries, while Ansari suffered over 70 per cent burns. He was taken to the hospital where he died.

Because of this accident?
Media reports have claimed that it was a 24Ah Lithium Ferro Phosphate (LFP) battery, which could be charged by taking it out of the scooter. It is believed that it exploded due to overheating. However, Ansari’s family blames the EV scooter maker for the ‘bad’ battery.

Let us tell you that in the year 2022, there have been many incidents of electric scooter battery fire in the country. A few months back, an EV caught fire in Andhra Pradesh, where the battery of an electric two-wheeler exploded in a house. In that incident also one person died and three others were injured. The incident took place when the vehicle’s detachable battery was kept on charge in his bedroom.