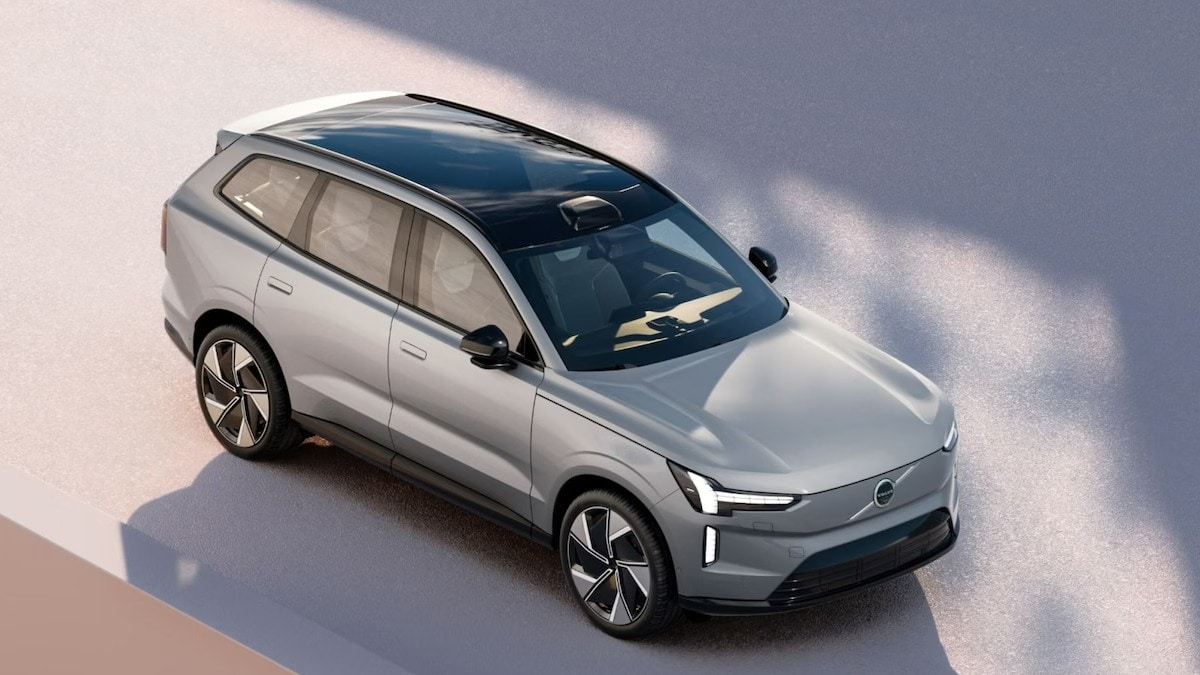 Volvo EX90 SUV Talking about the exterior design, it is based on the concept Recharge. It gets Volvo’s signature design elements like Thor Hammer headlights, blank off grille, etc. as seen on the XC40 Recharge. Flush door handles have been provided in the vehicle. It has 22 inch spoke alloy wheels. Looking at the rear design, it has a tail lamp design with a C shaped LED unit. Talking about the dimensions of the SUV, it is 5,037mm long which is slightly longer than the XC90. But a little less in width.

Looking at the interior design of Volvo EX90, it has a 14.5-inch touchscreen display. 5G connectivity is available in the vehicle. Dolby Atmos has also been supported in this SUV for sound and the speakers have been fitted in the headrest. Apart from this, the phone’s key technology has been given in it. That is, the functions of the car key can be controlled with the help of a smartphone. The company says that 15% recycled steel has been used while making the car. Also, about 48 kg of recycled plastic has been used. This is 15% of the total plastic used in the car.

In the EX90 SUV, the company has given a two-motor setup. It also has two levels for output. The engine produces 408 bhp power and 770Nm torque. In performance models, it gives 517 bhp and 910Nm torque. Power has been given to all the four wheels of the vehicle. It can run at a speed of 180km/h. It packs a 111 kWh lithium-ion battery that is claimed to offer a range of 600 km on a single charge. It has support for DC fast charging up to 250 kW. With the help of which it can go up to 180 kilometers in only 10 minutes of charging. The company says that it takes only half an hour for the battery to charge from 0 to 80%.

Volvo This latest electric car is said to be quite safe, as the company says. In terms of software and hardware company Claims to give maximum safety. Apart from this, a technology called Lidar has been used in the car. With this help, it syncs well with the sensors present inside and outside the car, which gives it an advanced driving experience and ensures safety.