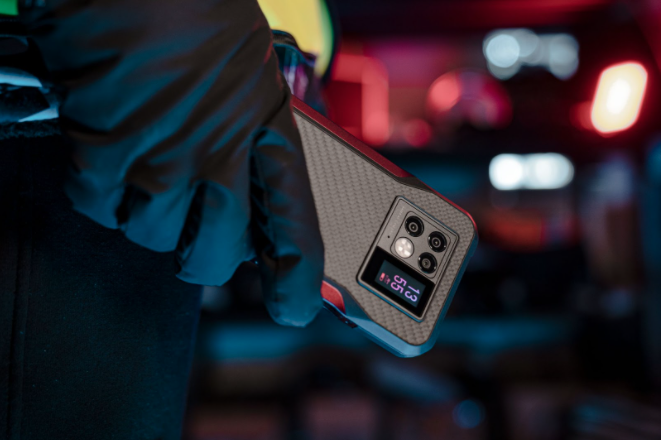 Doogee has announced the start date for sales of its new Doogee V20 rugged smartphone. The novelty will be available on Aliexpress from February 21. A special price of $300 has been set for 1,000 devices from the first batch. Subsequently, the cost will increase to $400.

The Doogee V20 is different from most conventional smartphones in many ways. So, for example, it has two screens: the front AMOLED display manufactured by Samsung is characterized by a diagonal of 6.43 inches and Full HD + resolution. It is complemented by a 1.05-inch rear screen placed in the main camera unit just like the Xiaomi 11 Ultra. On this screen, you can display various widgets and set various screensavers.

The front screen has a cutout for a 16MP camera. The main camera is equipped with 64 MP (with wide-angle lens) and 8 MP (with ultra-wide-angle) sensors, as well as a 20-megapixel infrared camera – just like Blackview BV8800… And just like the Blackview smartphone, Doogee V20 is very well protected from external influences: it is declared to comply with IP68 and IP69K shell protection degrees, as well as the American military standard MIL-STD-810.

Doogee V20 received an SoC with an eight-core CPU, 8 GB of RAM and 256 GB of flash memory (there is support for memory cards), a 6000 mAh battery with support for 33 W wired charging and 15 W wireless power. The operating system is Android 11.