6 PCIe x16 slots and 2 10 Gigabit LAN ports. Motherboard based on Intel W790 chipset for Sapphire Rapids processors was estimated at $963 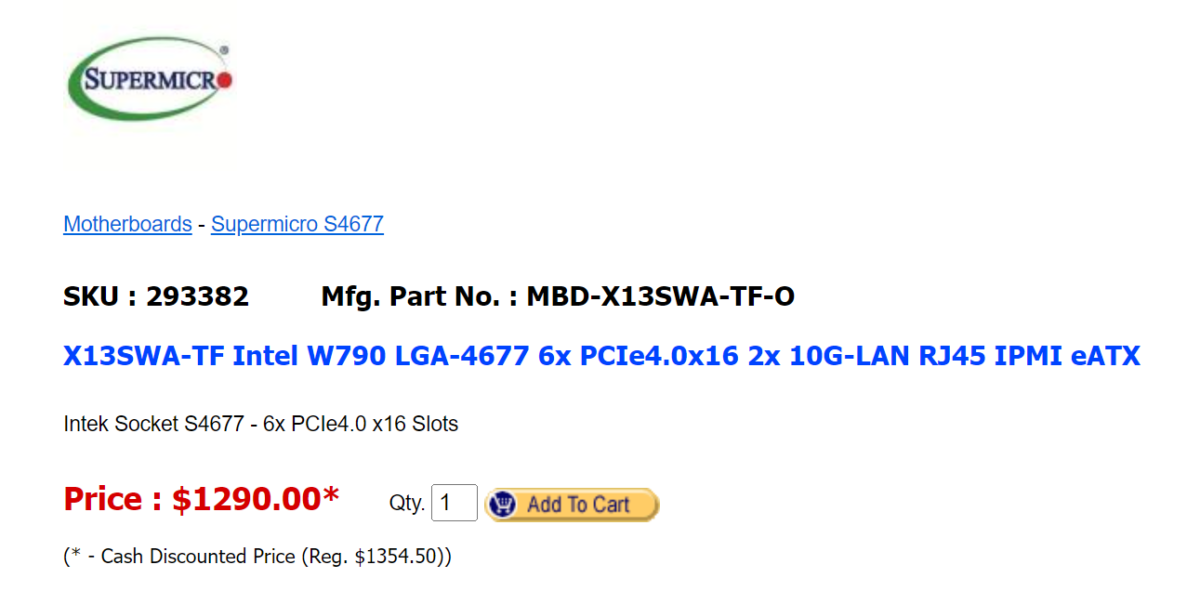 A Canadian retailer called ATIC has included in its catalog a motherboard based on the Intel W790 chipset, designed to install promising Intel Sapphire Rapids processors (aka 4th generation Xeon Scalable). The Supermicro X13SWA motherboard is priced at 1290 Canadian dollars, which is approximately $963.

There is no image of the motherboard, but from the brief description it follows that it is equipped with six PCIe x16 4.0 ports (that is, you can not count on PCIe 5.0 support) and two 10 Gigabit LAN ports (RJ-45). Size – E-ATX.

The official premiere of Intel Sapphire Rapids, designed for use in workstations, is expected on January 10th. Whether a new generation of the Intel HEDT platform will be presented at the same time is a big question.