6 airbags to be available in all variants of Kia Seltos, know when it could be launched 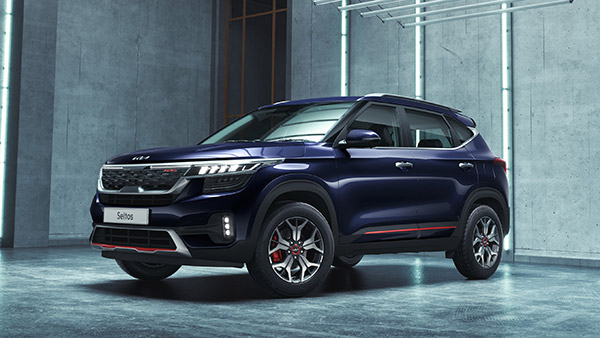 Kia Seltos can be brought with this new update in the coming months. The company brought its MPV Cars with 6 airbags at the time of launch itself, 6 airbags have been given in all its variants and hence preparations are on to gradually bring it to the existing models as well. In such a situation, Kia Motors’ popular SUV Seltos will be updated first.

The updated model of the Kia Seltos is likely to start delivering to dealerships in August 2022 and will be launched after that. At present, 6 airbags are not available as standard in any of its competitors and thus this one thing could attract new customers. However, due to this update, there may be a big increase in the price of the base variant.

Currently, the Kia Seltos is made available in eight trims. Talking about its safety features, as standard, electronic stability control with 4 airbags, hill assist control, vehicle stability management system, tire pressure monitoring system and disc brake etc. have been given. The model has received a 3-star rating by Global NCAP.

Do airbags have an effect?

It is to be noted that the Cairns gets 6 airbags across all the variants but it has got only 3-stars in the crash test rating of Global NCAP which shows that along with the number of airbags, there are many other safety parameters on which The vehicle has to fit. Having more airbags certainly doesn’t mean that the car is safer.

Kia Seltos currently comes with 3-Star Adult Safety and 2-Star Child Safety. In the crash test ratings done in 2022, it was informed that the 3-point seatbelt, ISOFIX, which is found in its top variant, will not be given in its base variant. It was introduced in India in 2019 and since then it has been giving tough competition to models like the Kia Seltos.

A few months ago, Transport Minister Nitin Gadkari in the central government had talked about making 6 airbags mandatory for small cars as well. He had said that the safety standards can be increased by making six airbags mandatory in the cars sold in India. However, commenting on this rule, the chairman of Maruti said that it will reduce the sales of small cars.

Kia Seltos is a popular and best-selling model of the company, but at some point it lags behind in terms of safety. In such a situation, Kia Motors is planning to bring Seltos with 6 airbags in the Indian market, now it has to be seen whether this move gives Seltos any advantage over its competitors.