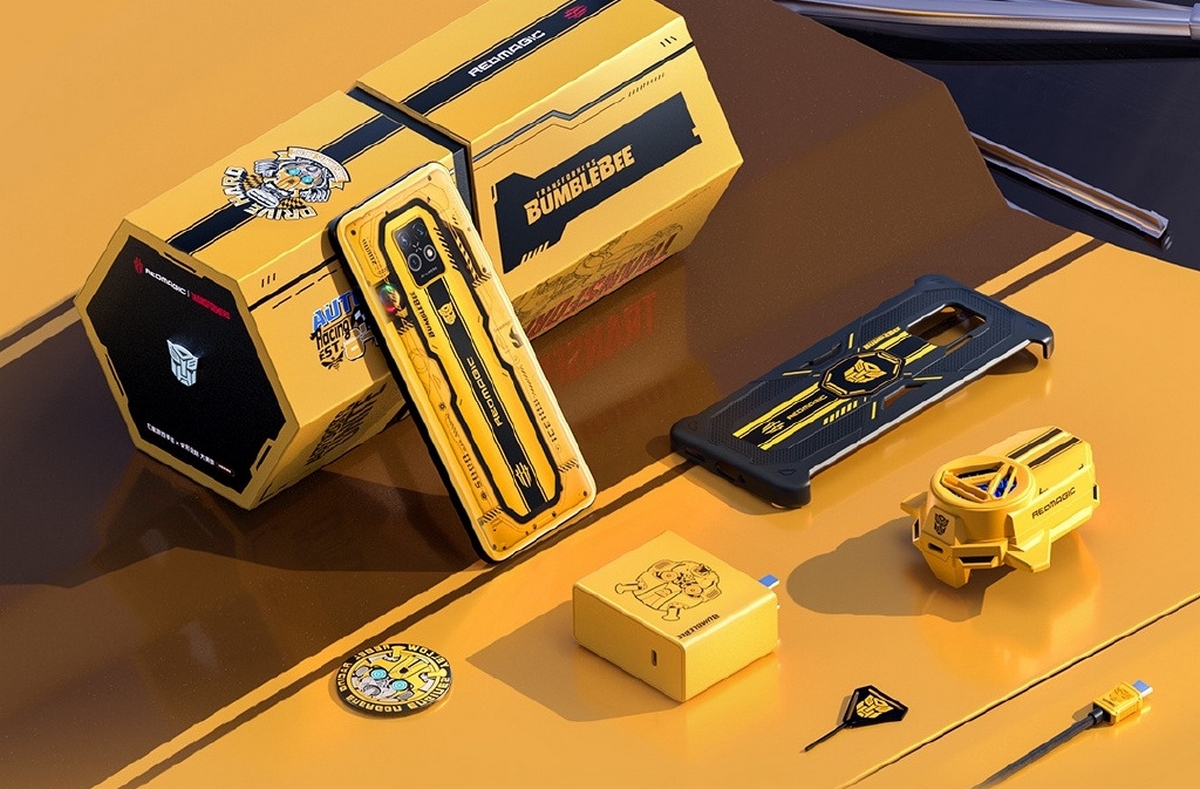 Nubia has announced the imminent release of a limited edition of the Red Magic 7S Pro Hornet smartphone, which is already available for pre-order in China for $960. Sale starts on August 4th.

This edition was created for fans of transformers in general and the Bumblebee character in particular. The smartphone is based on the transparent version of Deuterium Front Transparent.

The smartphone is equipped with a 6.8-inch AMOLED screen with a resolution of 2400 x 1080 pixels with support for a refresh rate of up to 120 Hz. The screen is equipped with a built-in fingerprint scanner that supports heart rate monitoring.

The phone is equipped with a Snapdragon 8+ single-chip system, LPDDR5 RAM and UFS3.1 flash memory. The smartphone uses an ICE magic cooling system with built-in high-speed centrifugal fans with a rotation speed of up to 20,000 rpm and a graphene layer for efficient cooling.

It is equipped with a 64-megapixel camera, two buttons on the side panel, which are guaranteed to withstand more than 2 million clicks. The equipment also includes stereo speakers, a 3.5 mm headphone jack, three microphones, Wi-Fi 6. The smartphone received a two-cell battery with a capacity of 5000 mAh