5G service will be started in 4 cities of Odisha by March 2023: Union Minister Ashwini Vaishnav 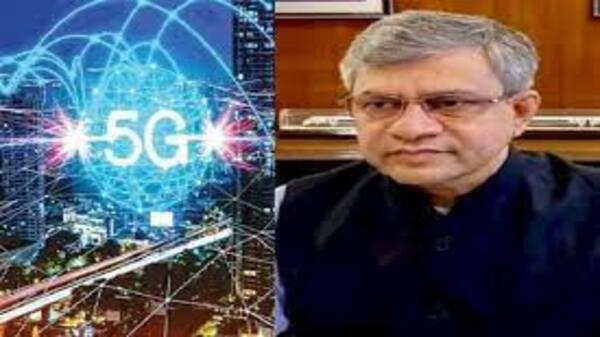 5G Services: Union Minister Ashwini Vaishnav said on Sunday that by March 2023, at least four cities of Odisha 5G Mobile service will be available and 80% area of ​​the state will have access to advanced network by the end of next year. He said this during a program that about 200 big cities of the country will be included in the first phase of 5G service launch and later it will be implemented in their towns and rural areas also.

Union Minister of Railways, Communications, Electronics and Information Technology, Vaishnav said, in the first step, four-five cities of Odisha will get 5G service by March 2023 and by the end of next year, about 80 percent area of ​​the state will be covered. will be covered. He said that the time period for the first step to start the fifth generation services has been done till March 2023.

In the first step, at least 13 main cities like Ahmedabad, Bengaluru, Chandigarh, Gandhinagar, Gurugram, Hyderabad, Jamnagar, Kolkata, Chennai, Lucknow, Pune, Delhi and Mumbai were to be covered by 5G service.

A recent survey conducted by community social media platform localcircles found that less than 5% of people want to switch to a 5G network, while more than three-fourths believe that more than 5G is launched. It will be easier to work on the issues and the problem of call drops or connectivity will also be eliminated.

Reliance Jio and Bharti airtel Both have announced trial runs for their respective 5G services in select cities, with plans to expand their reach in cities like Ahmedabad, Bengaluru, Chennai, Varanasi, Chandigarh, Delhi, Jamnagar, Gandhinagar, Mumbai, Pune. By March 2024, cities like Lucknow, Kolkata, Siliguri, Gurugram and Hyderabad will get the benefit of 5G service.

The work of Khurda-Bolangir rail line has seen a lot of speed, during which he said that more than 100 km of railway track route passes through forest areas. Vaishnav also said that the Bhubaneswar railway station will soon be converted into a world class facility.