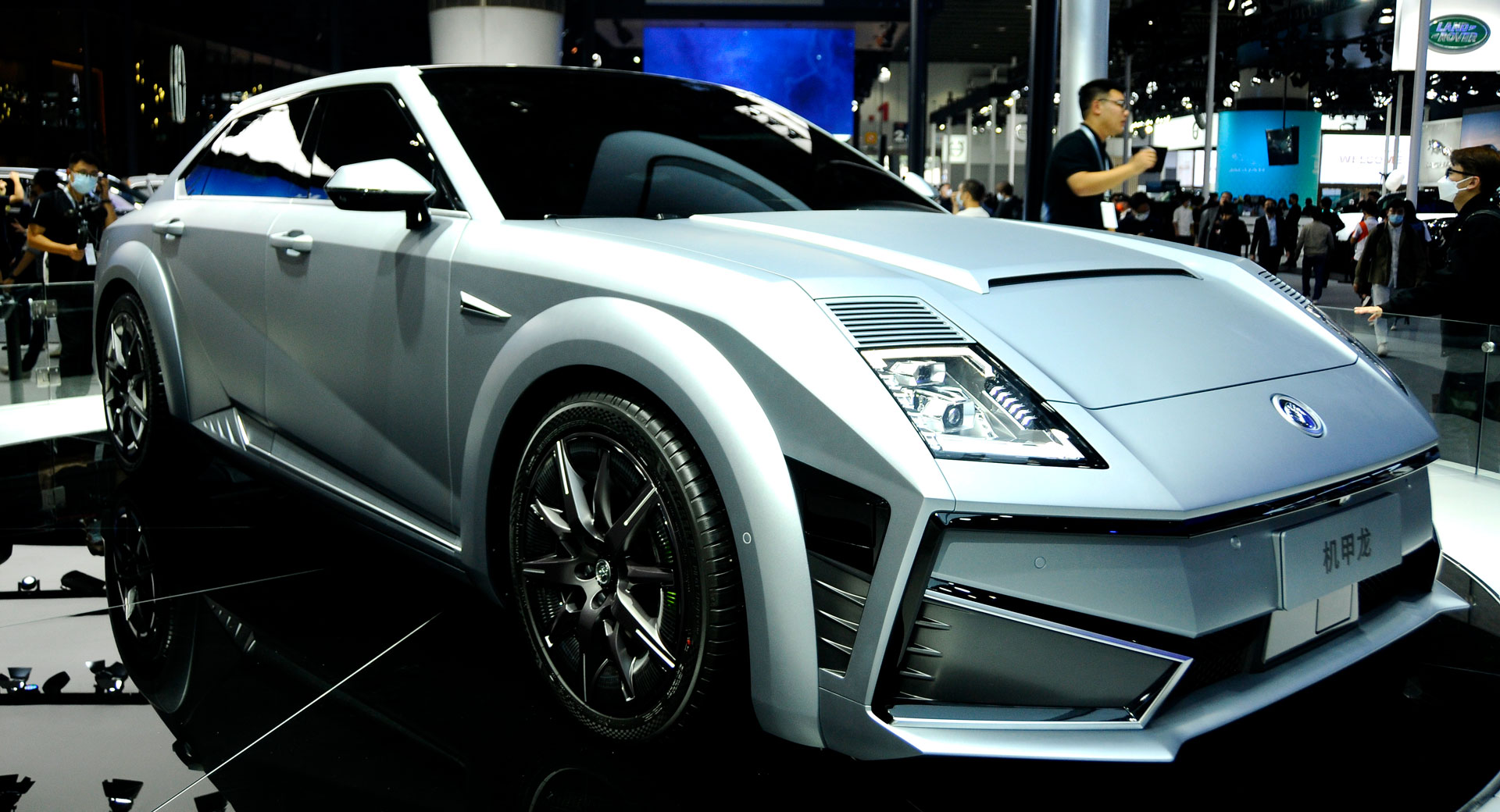 Last November, Great Wall Motors, through its Saloon brand, introduced the Mecha Dragon electric car, and now the company has patented the design of the car in Russia, which should be released in our country.

Its images appeared in the database of the Federal Institute of Industrial Property (FIPS), they correspond to photographs of the real car, which was released in China in a limited edition for $69,000 and sold out in a few hours.

The Mecha Dragon is the world’s first vehicle with four laser rangefinders, seven cameras and a self-driving system, as well as a Huawei digital cockpit.

Great Wall Mecha Dragon is equipped with a huge display that can be divided into several parts depending on the usage scenario. The interior is covered in brown leather, and there are air ducts under the screen and on the sides. The car received seats with an unusual shape of the headrest, which has built-in speakers. Also in the cabin implemented atmospheric lighting.

This five-meter car is equipped with two 543 hp engines. with a torque of 750 Nm. Acceleration from 0 to 100 km / h takes 3.7 seconds, and the declared range according to the Chinese CLTC cycle reaches 802 km.

The manufacturer claims that the car supports very fast charging: from 0 to 50% of the battery capacity can be replenished in just 10 minutes.