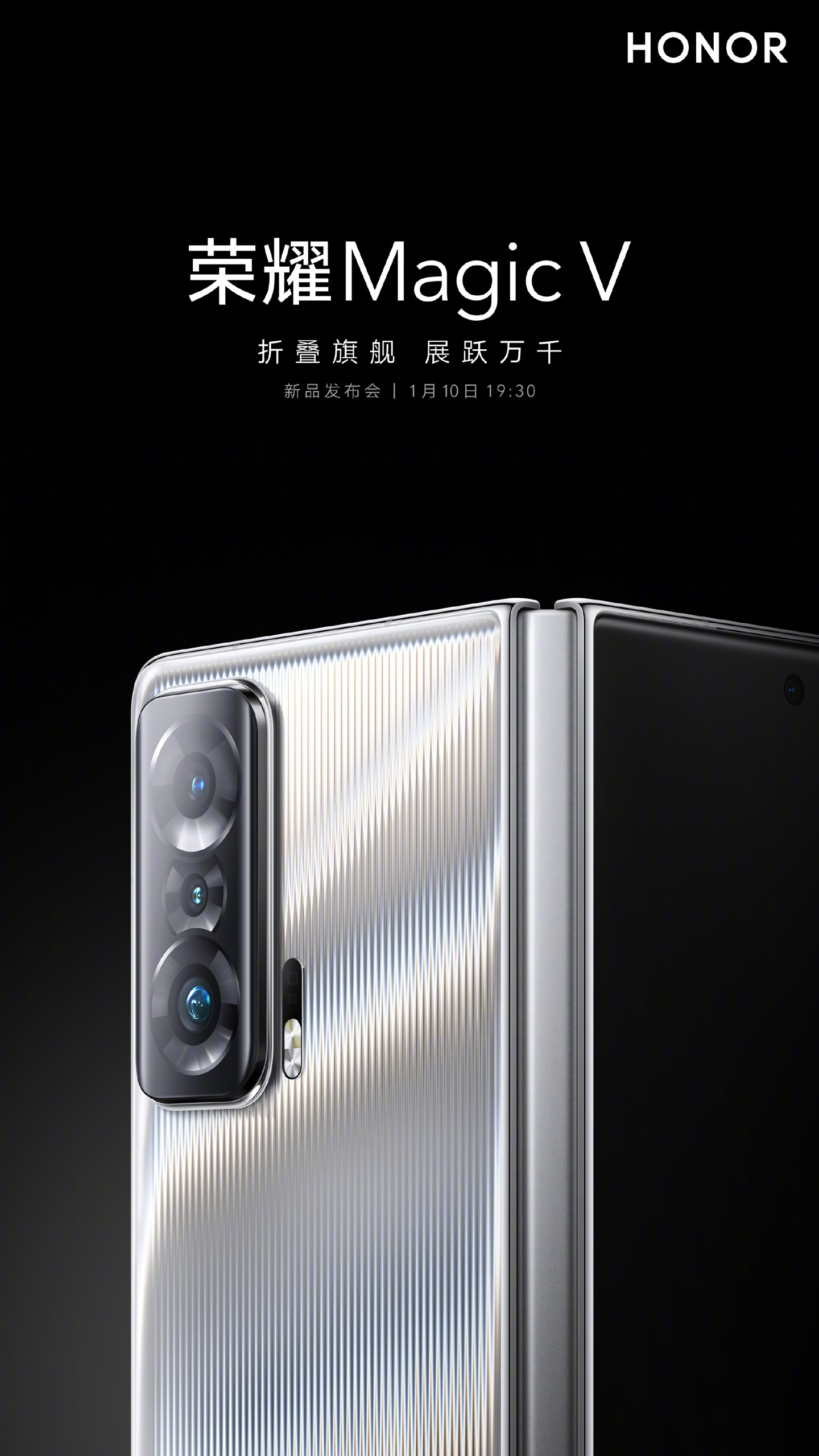 Honor today released an official teaser render of the Honor Magic V, its first foldable smartphone with a flexible screen. The official premiere of the novelty will take place on January 10 in China, and now we know what this smartphone looks like.

Honor has previously said that it will use the Snapdragon 8 Gen 1 SoC in its foldable smartphone. Thus, the Magic V will become the most powerful device in its segment. It is also credited with a 50-megapixel sensor in the main camera, a 5100 mAh battery and support for 66 W charging. The diagonal of the outer screen will be 6.5 inches, the inner one – 8 inches. The OS will be Android 12 with Magic UI 6.0.